This image is of the lighthouse and associated buildings on Portland Head near Portland Harbor, Maine. 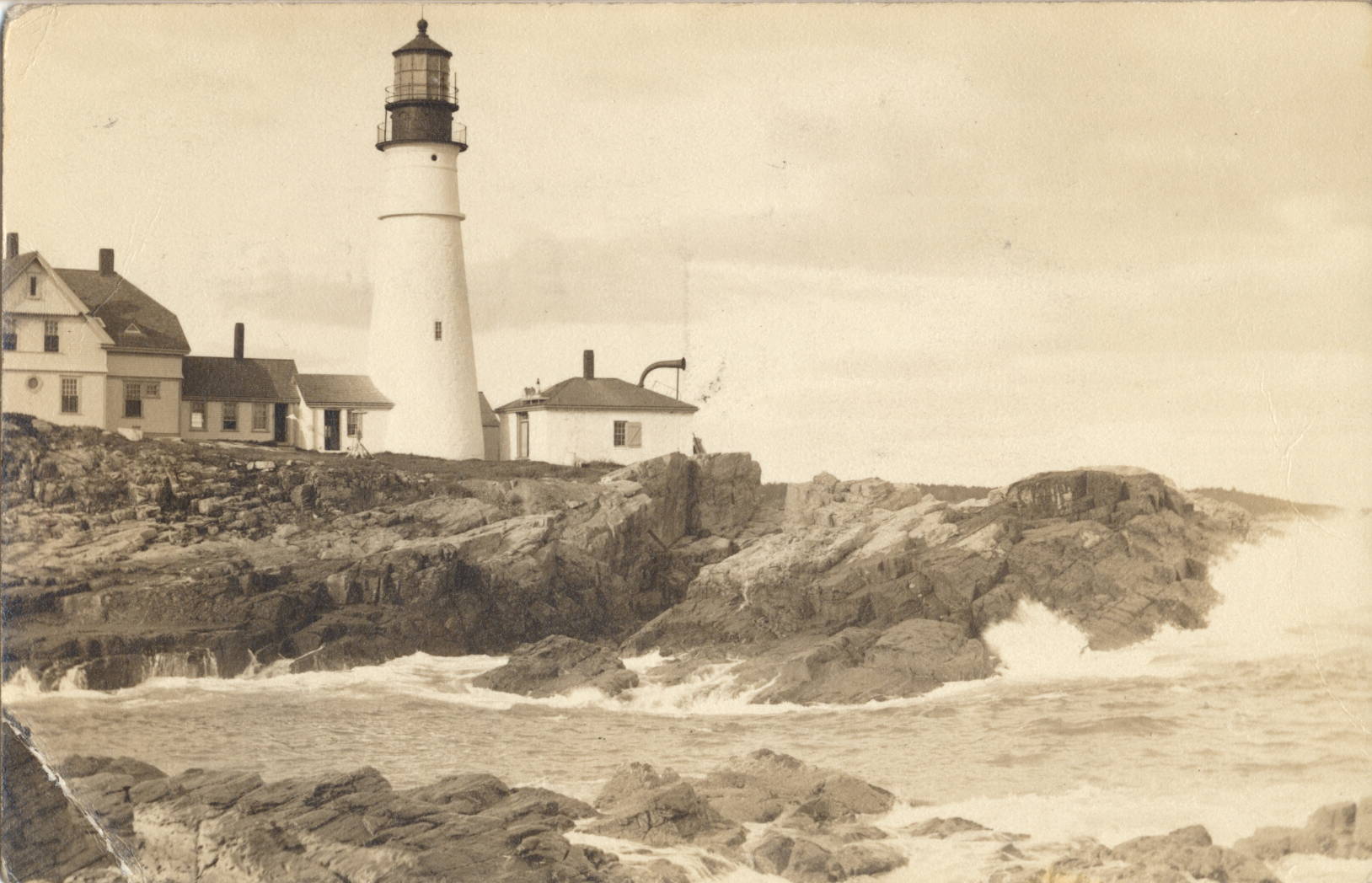 –The area is known more widely as Cape Elizabeth, and the lighthouse was built in 1791. There has been little change to the buildings themselves, but the lighthouse itself has been upgraded several times from its original whale oil lamps, as well as shortened 20 feet. It is the oldest lighthouse in the state of Maine.