This image shows nuns of the Franciscan Order in their chapel of Quebec City, Canada. 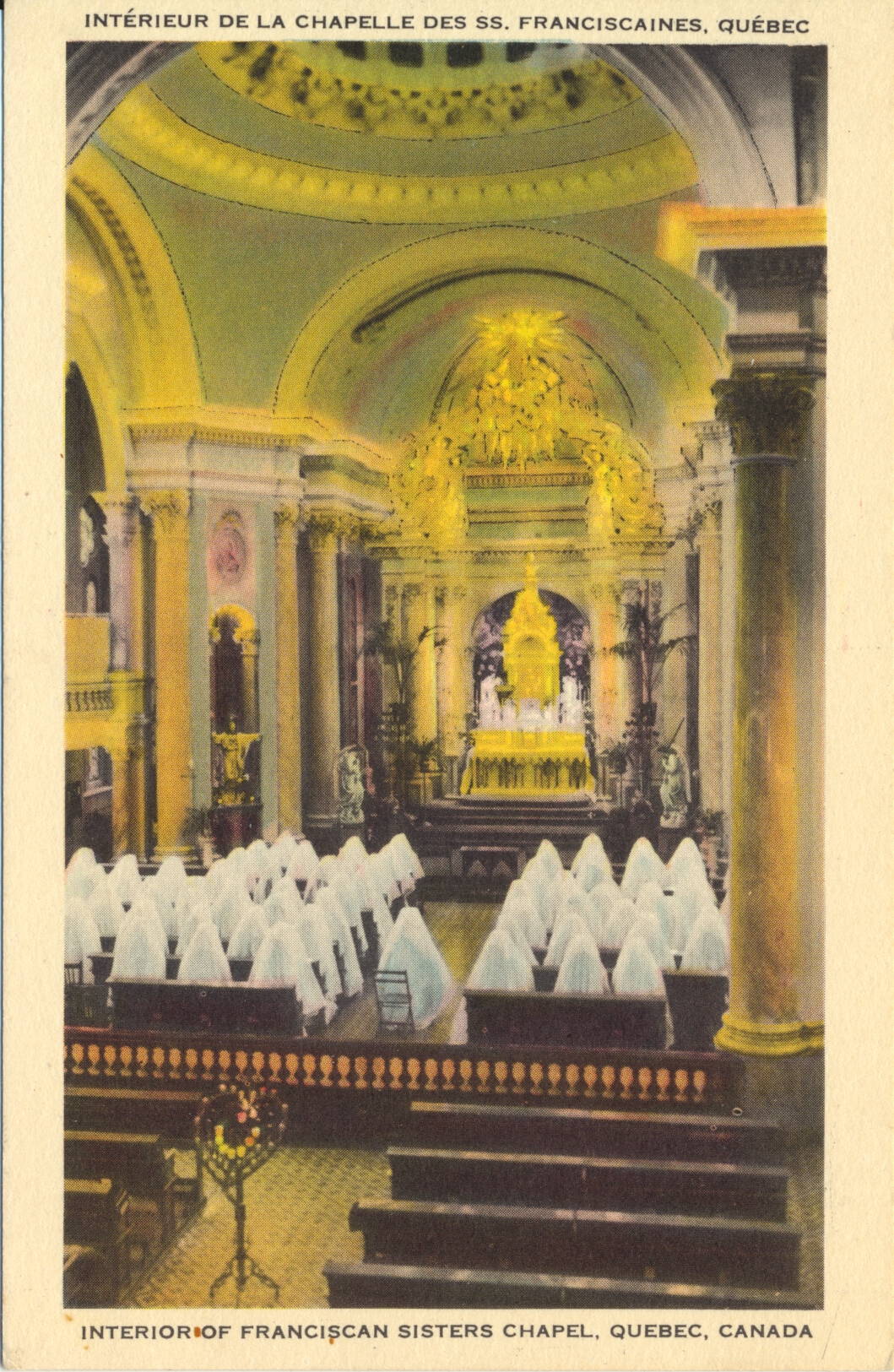 This is a typical black and white photo which has been hand colored to enhance it’s value in a time when color postcards were becoming more common and affordable.

With the decline in membership in such orders, this structure was no longer actively used and was abandoned in 1987. With the passing of time the chapel and adjoining convent building became less desirable, and in 2008 was under threat of demolition.

A recent photo of the location shows the building is intact in its current location, though adjacent land has indeed been developed as a condo complex.