This image shows the Thousand Islands Bridge from ground level, and with all three of the different spans shown in the image. The truss span is in the left background, the arch span in the center above and behind the car shown driving along the river, and the suspension span shows just the first tower to the far right. 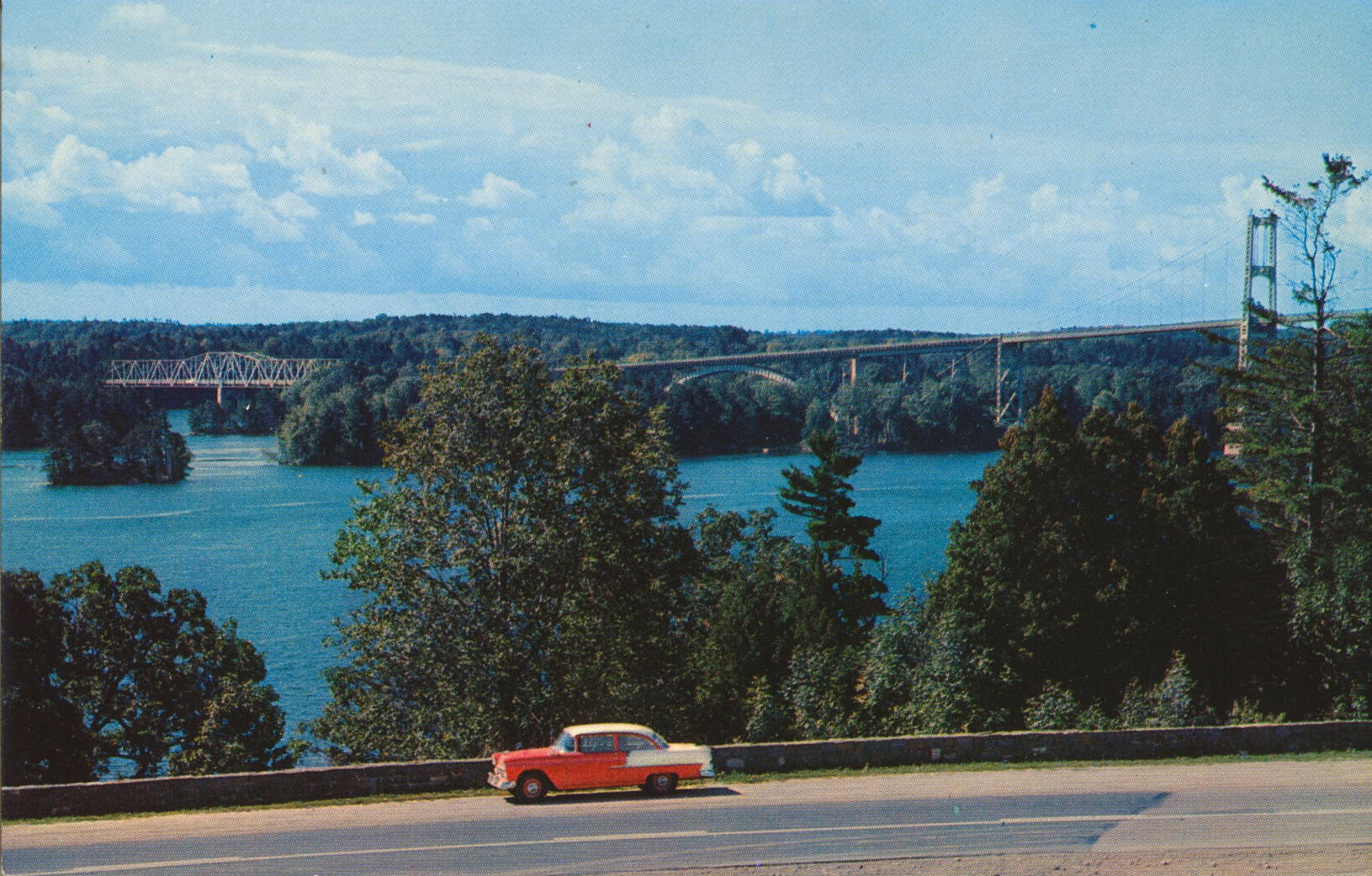 One of the name beautiful scenes and lookouts on Canadian Scenic Highway No. 401. The Thousand Islands International Bridge in the background.

–Such shoulder stopping places were common on highways in the mid-20th century, as traffic volumes were lower as well as speeds. They were eliminated on the later Interstate Highways in favor of formal vista points and rest stops to separate traffic from parked cars and pedestrians.