This image shows a corner of the imposing Boldt Castle, a private home built by George Boldt, the general manager of two prestigious hotels in New York. It is a typical example of the extravagance of the Gilded Age. 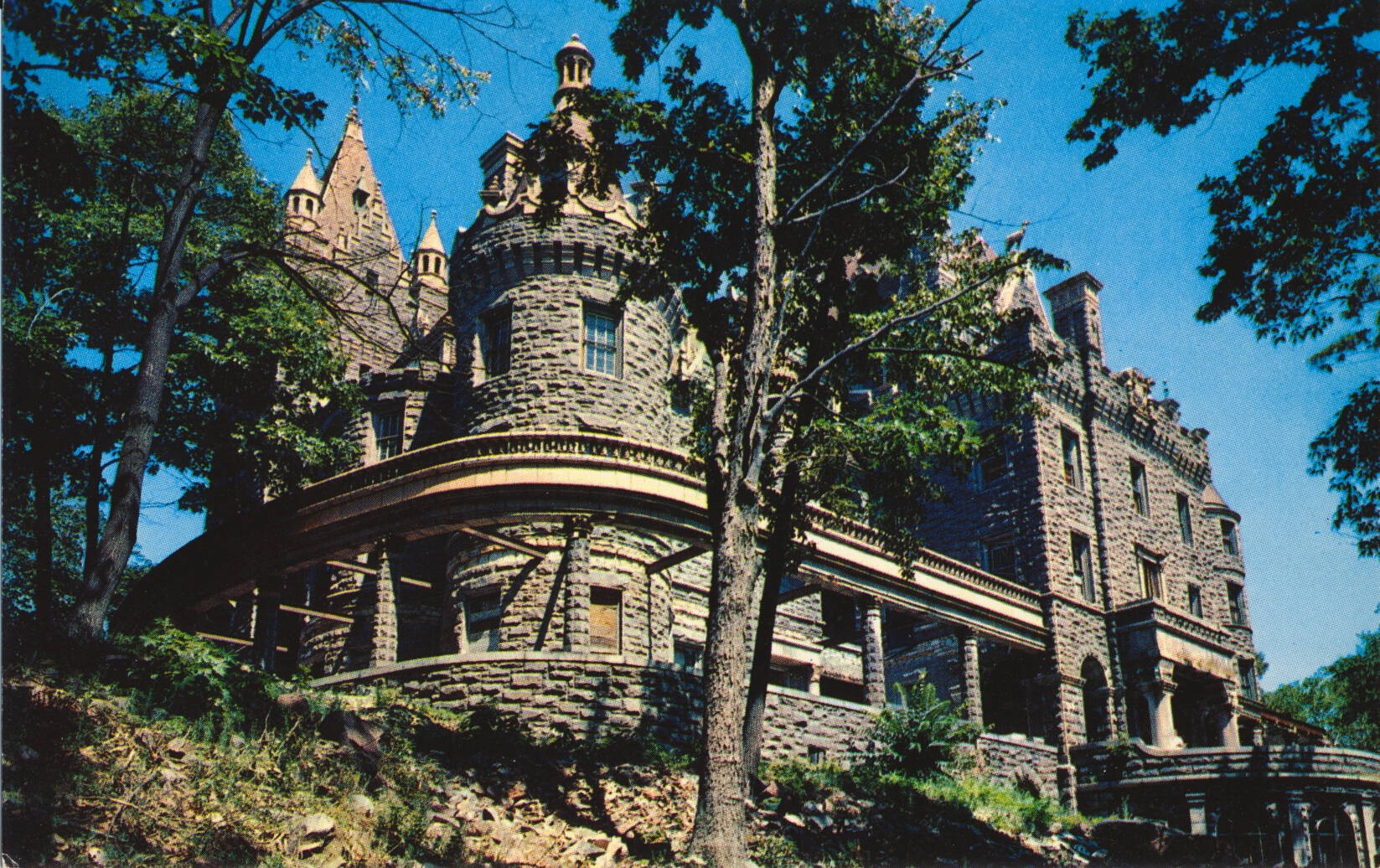 One of the principal attractions among the 1000 Islands and a regular stop for 1000 Island Cruise Boats.

–The structure was never completed, as it was intended as a gift to the builder’s wife, who died during construction, after which work was abandoned.

Boldt Castle was acquired by the 1000 Islands Commission to maintain the property, which includes many outbuildings and structures on another island as well. However, the building has also been completed and modernized for more productive use and contains designs and materials not from the original work.