This image shows the same bridge as yesterday, but instead focuses more closely on the center of the previous image, where the arch section of the bridge was shown. 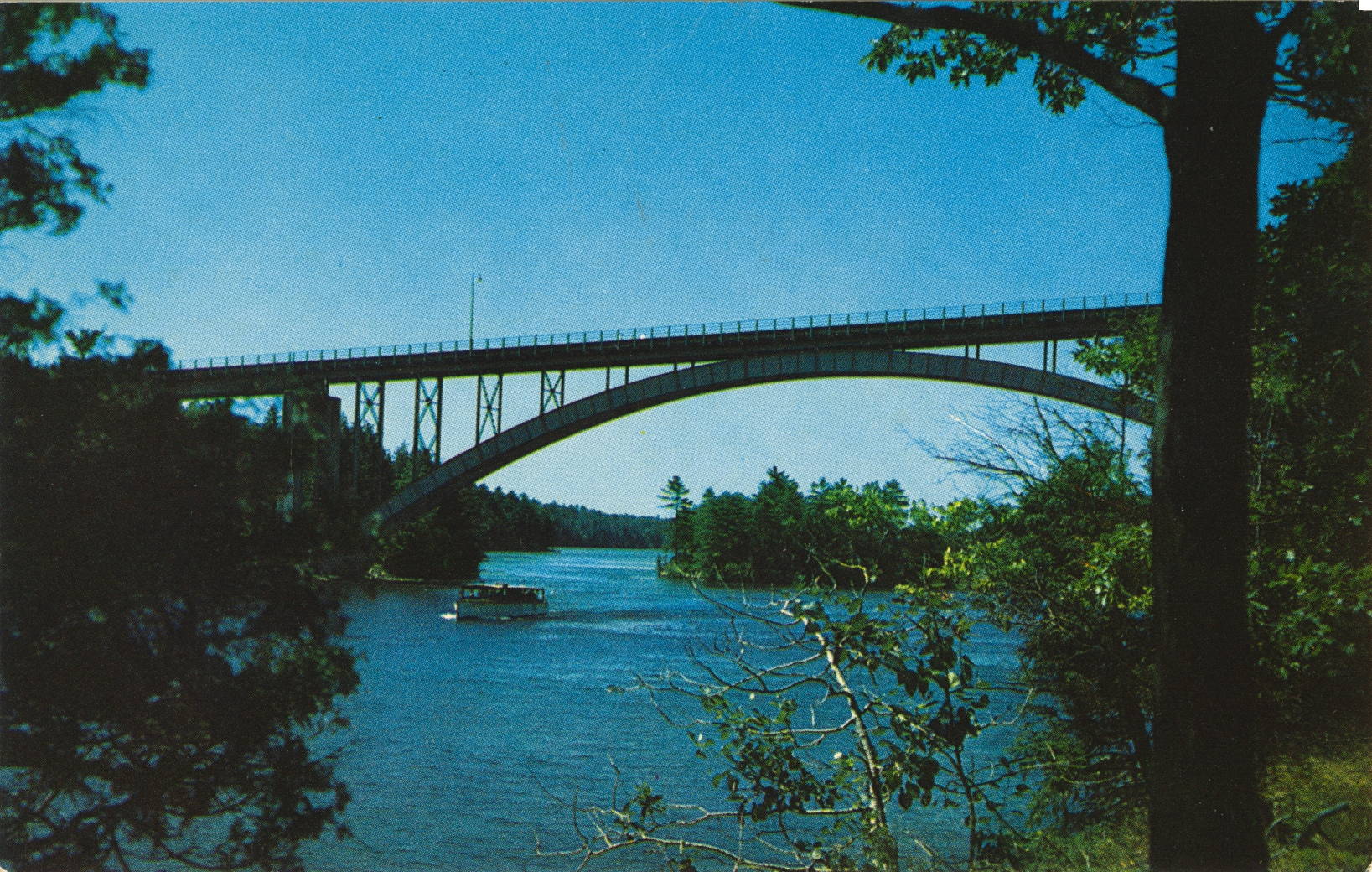 –Two other spans complete the connection within the boundary of the United States. The entire bridge is operated by an international bridge authority.