This image shows the so-called Glacier Boulder, a formation along the original route of U.S. 66 through Tijeras Canyon in New Mexico. 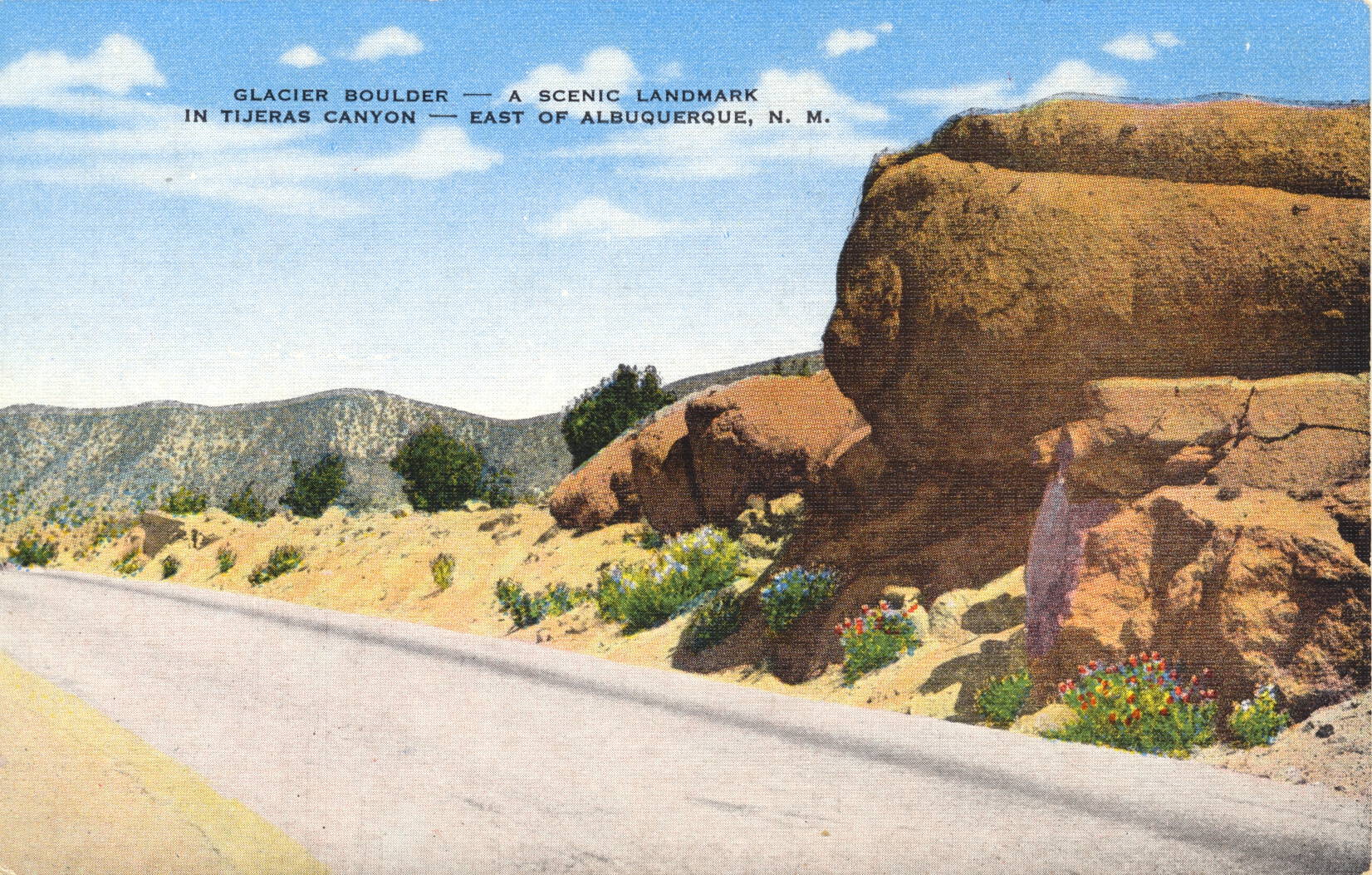 A LANDMARK OF BEAUTY is this giant boulder which dominates the grandeur of the many scenic spots in Tijeras Canyon thru the Sandia Mountains. Possible millions of years old. this builder rests among other prehistoric volcanic formations on U. S. Highway 66, a few miles East of Albuquerque, N. M.

–Such rocks are often referred to as glacial erratics, as the rock does not match the rest of the rock formation on which it rests, indicating it was transported here by glacial action.