This image shows the view of the Rio Grande valley from the summit of the Sandia Mountain crossing via the Sandia Loop Road. 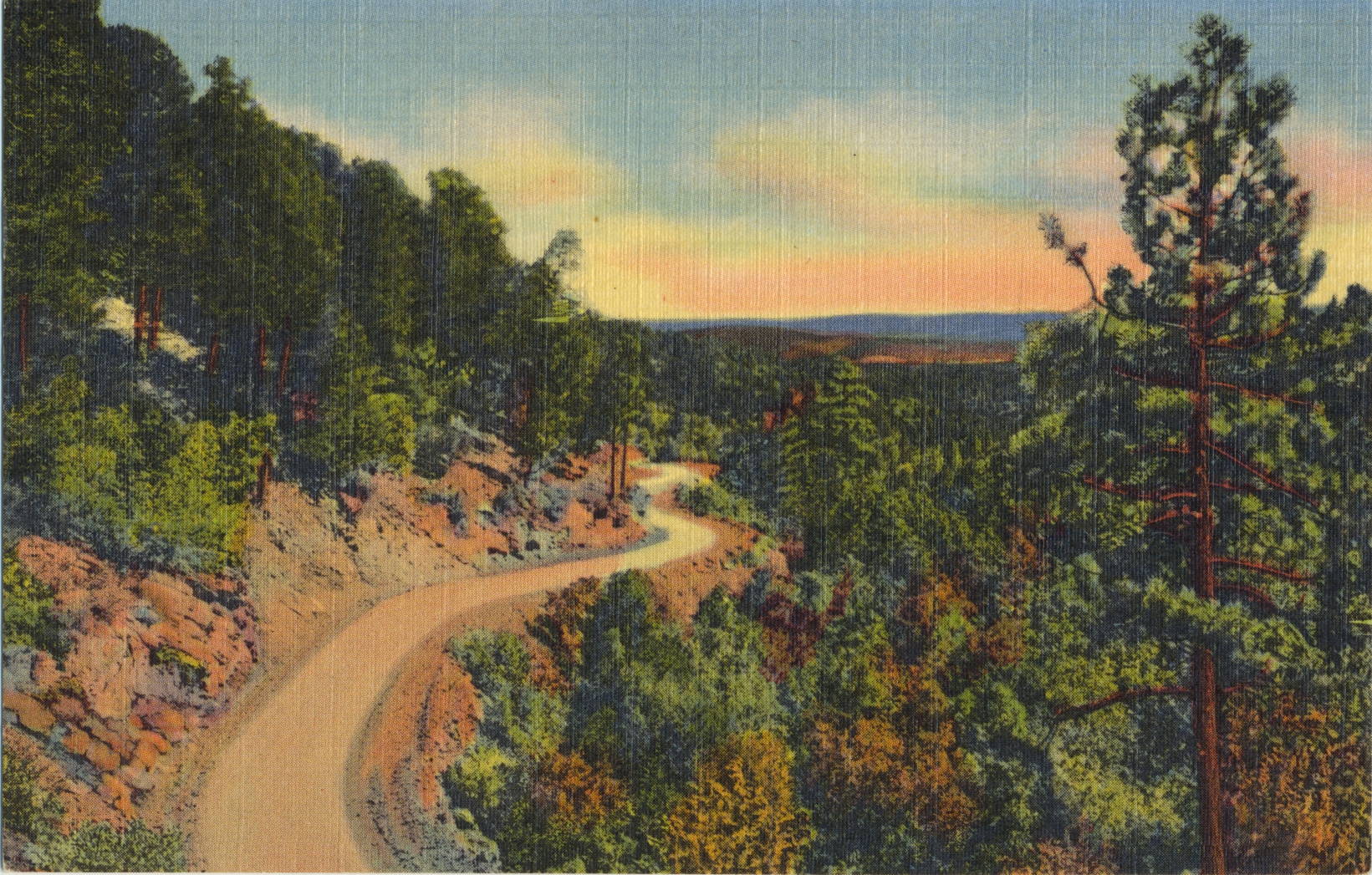 The scenic Rim Drive one the crest of the Sandia Mts. to Bernadillo is one of surpassing beauty and interest. From the summit one has an unobstructed view for a hundred miles in every direction, the Rio Grande Valley, the extinct volcanoes, the city of Albuquerque, and to the north Bernadillo and several villages nestle in the foothills. To the west Mt. Taylor, 75 miles distant, dominates the scene on a clear day.

–This road appears to have been replaced by more modern construction with the growth of Albuquerque and development of higher quality highways.