This illustration shows the so-called Elephant Rock as viewed from the highway as it passes on into Tijeras Canyon in New Mexico. 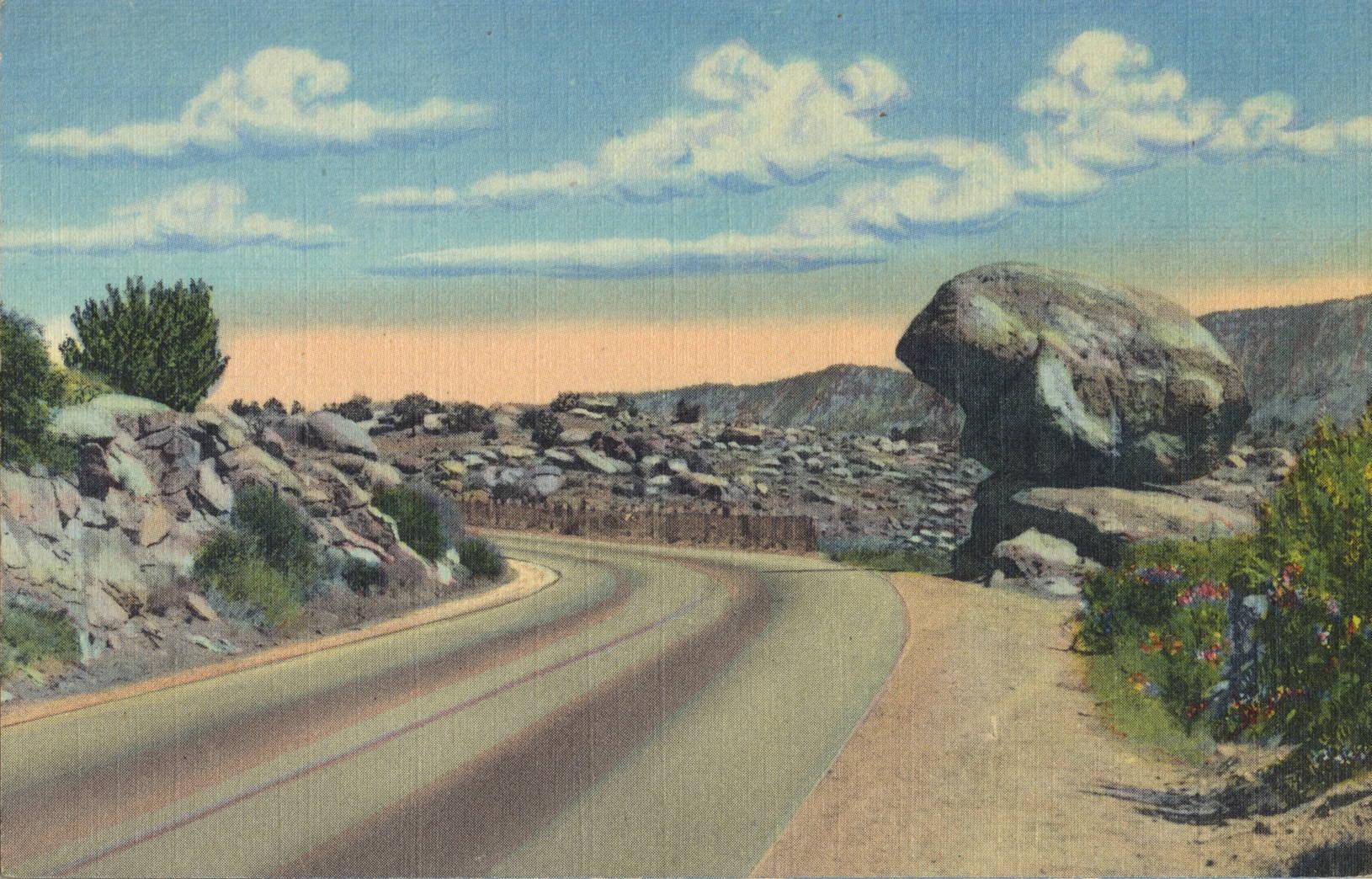 This well known landmark comes into view shortly after entering Tijeras Canyon of the Sandia Mountains, eastbound out of the city for Santa Rosa, Tucumcari and West Texas points.

–It appears the fanciful name did not catch on, as the formation is not easily identified on line today. The word Tijeras means scissors.