This illustration shows the main entrance to the Administration building at the University of New Mexico. It is built in the style of the Native American adobe pueblos that were common in New Mexico for thousands of years. 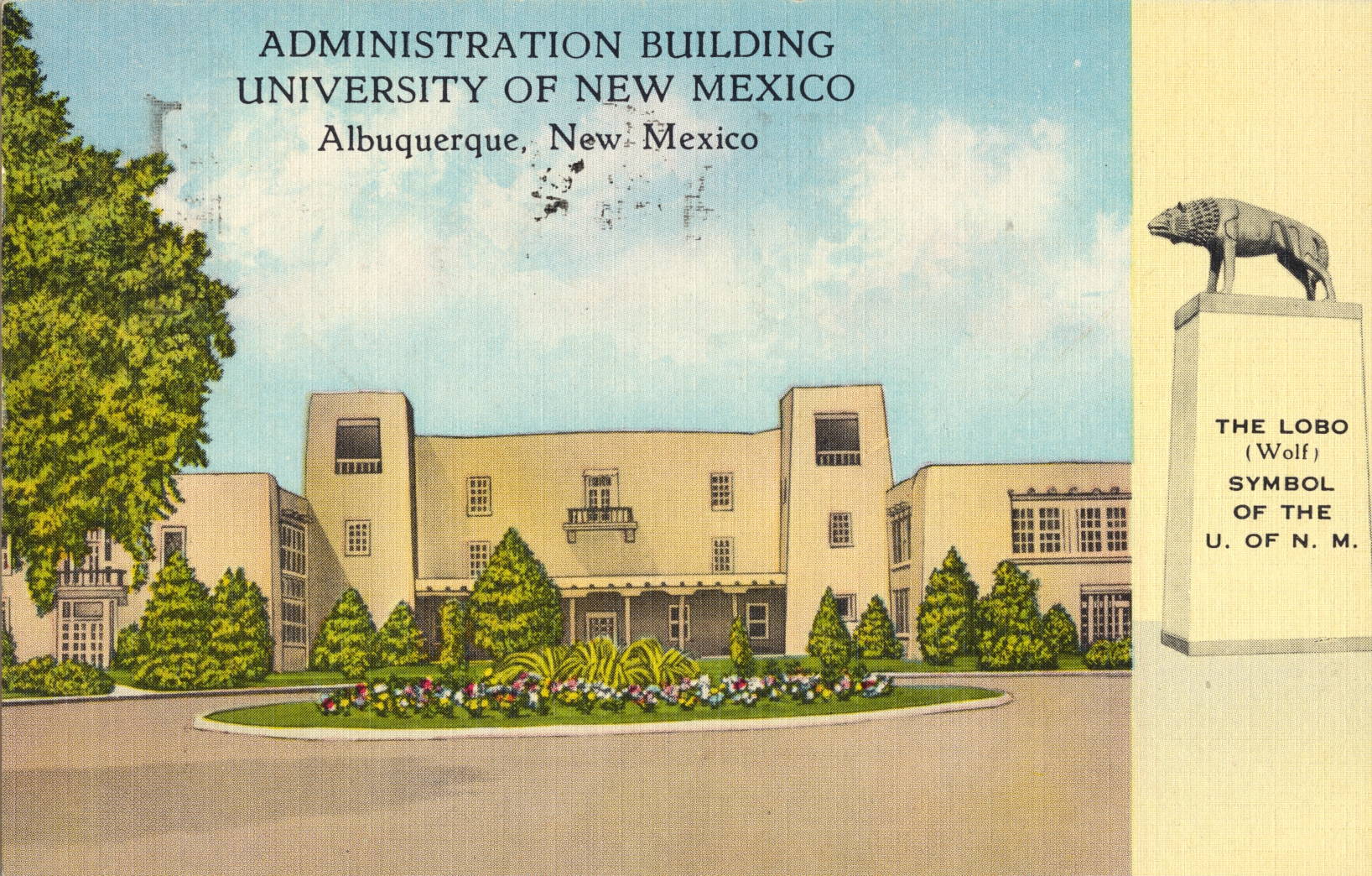 …built in Spanish-Pueblo design, this building contains 73 rooms on three floors. The atmosphere and architecture of the University itself reflect the unique character of New Mexico. The campus is beautifully located on a high mesa overlooking the city of Albuquerque, about one mile from the downtown business section. The bronze status of the symbolic Lobo Wolf hands an a concrete pedestal at the entrance to the athletic stadium.