This image shows a tourist photographing the Chippewa Falls, a portion of the Chippewa River in the Algoma District of Ontario. 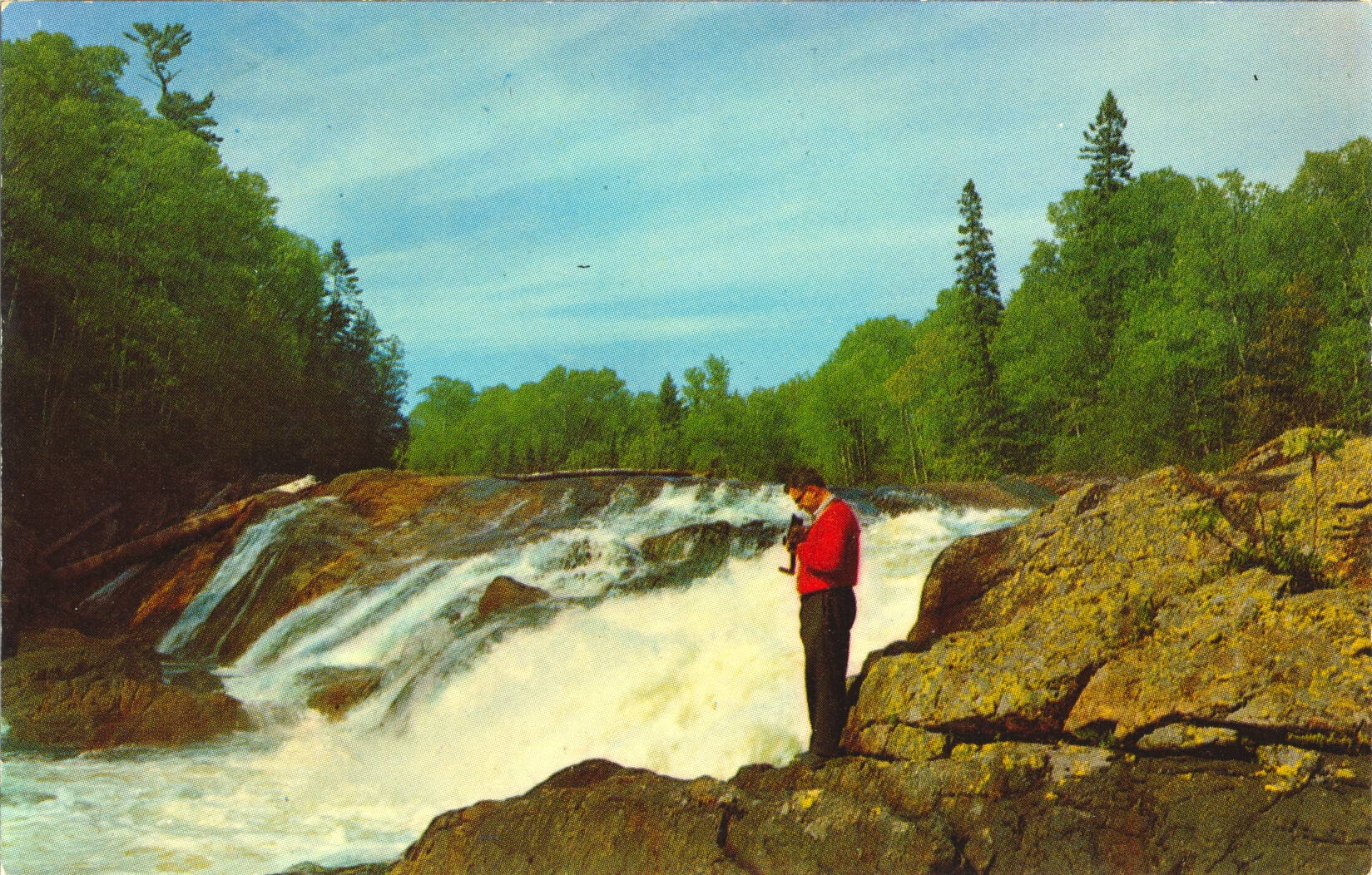 –Chippewa is the common transliteration of the Ojibway tribe of Native Americans, who live around Lake Superior. The Chippewa name is used extensively throughout this region of Canada and Michigan.