This image shows a simple log building that served as a store for the Herndon Brothers in 1831, and over time morphed into the New Salem, Illinois Post Office operated by Abraham Lincoln from 1833 to 1836. 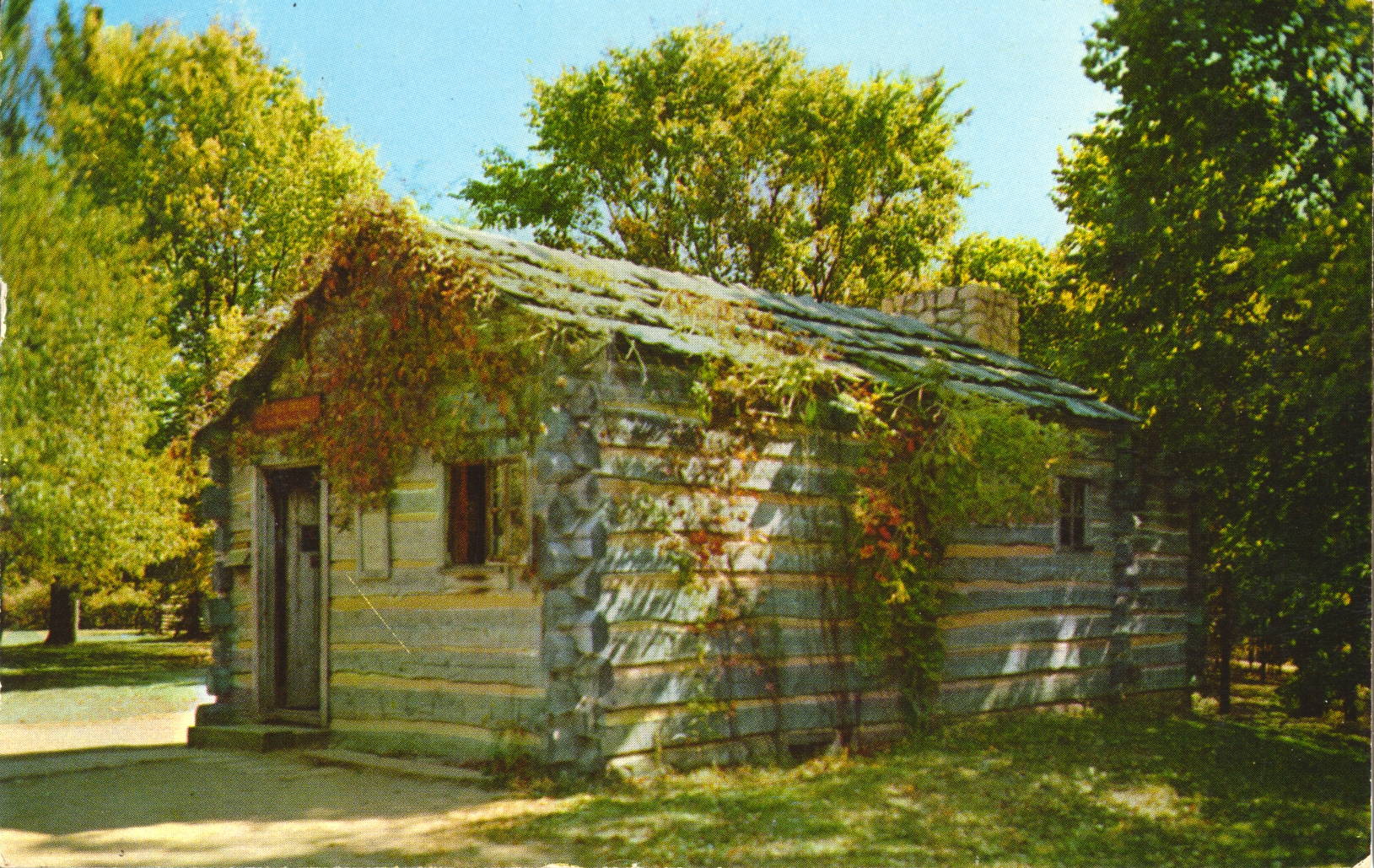 James and Rowan Herndon, brothers, built this store building probably in the fall of 1831, and engaged in the mercantile business.

Abraham Lincoln served as Postmaster in New Salem from May 7, 1833 to May 30, 1836, when the office was discontinued. Post Office re-established Feb 12, 1940 as Lincoln’s New Salem, Illinois.

–This building is part of the larger reconstructed Lincoln’s New Salem historic park, and there are additional buildings besides the one shown here.