This image shows the home where president-to-be Abraham Lincoln lived in the years just prior to his election to the President of the United States in 1861. 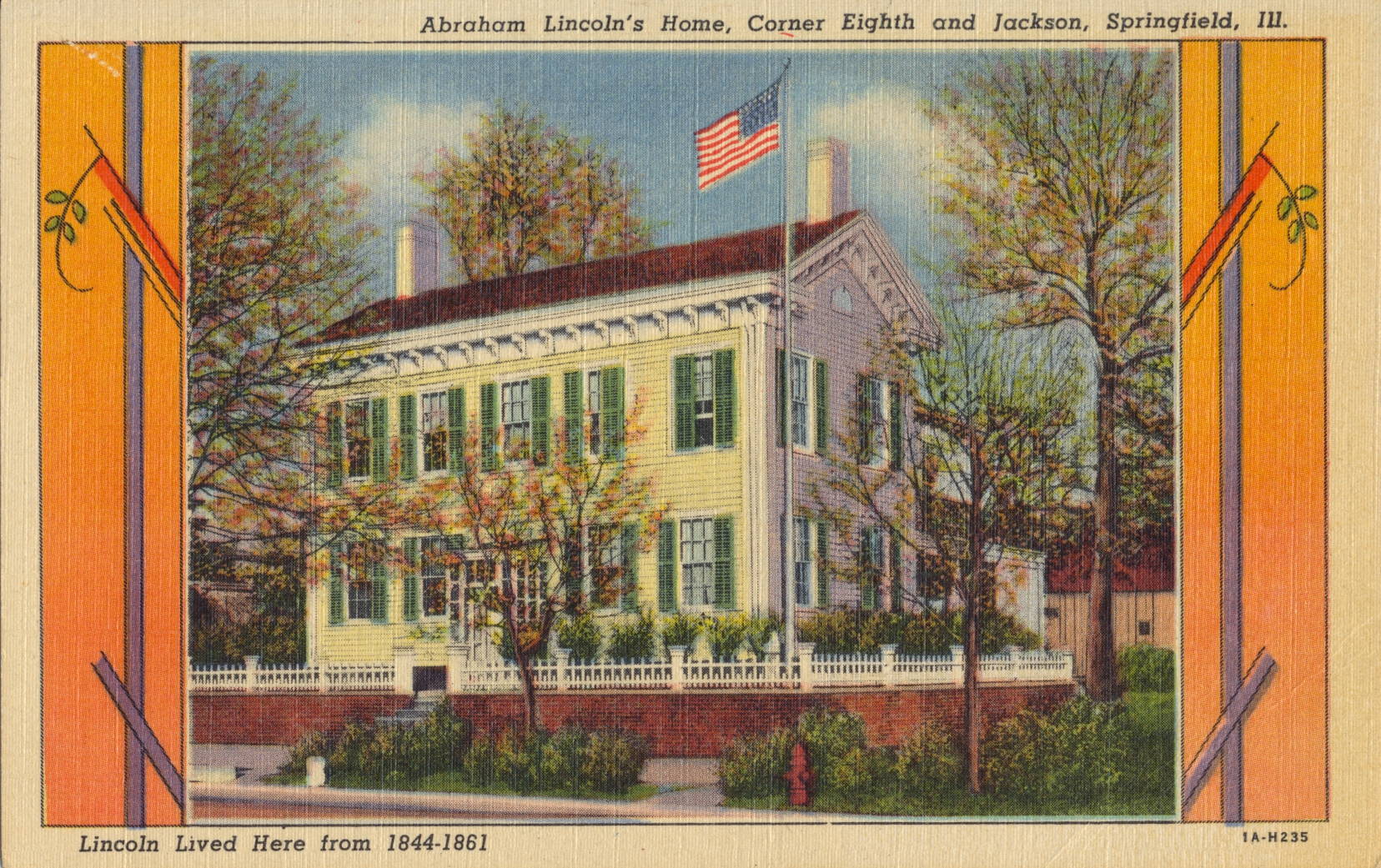 This is the only home Lincoln ever owned and was occupied from1844 until the family moved to Washington in 1861. Here three sons were born, Edward, William and Thomas; and here Edward died.

The house was built in 1839 by the Rev. Charles Dresser, the Episcopal Minister, who married Lincoln and Mary Todd three years later. Abraham Lincoln bought this house in 1844 for $15000. Originally a story and a half the full second story was added in 1856 for $1300 and the North front room became Mr. Lincoln’s bedroom.

The house contains many of the original Lincoln possessions and is open to the public from 9 A. M. to 5 P. M. daily.

–The house is now part of the Lincoln Home National Historic Site. This image likely dates from the 1940s.