This image shows the gardens and front entrance to the main sanctuary building at the Mission San Carlos Borromeo, known commonly and Carmel Mission. 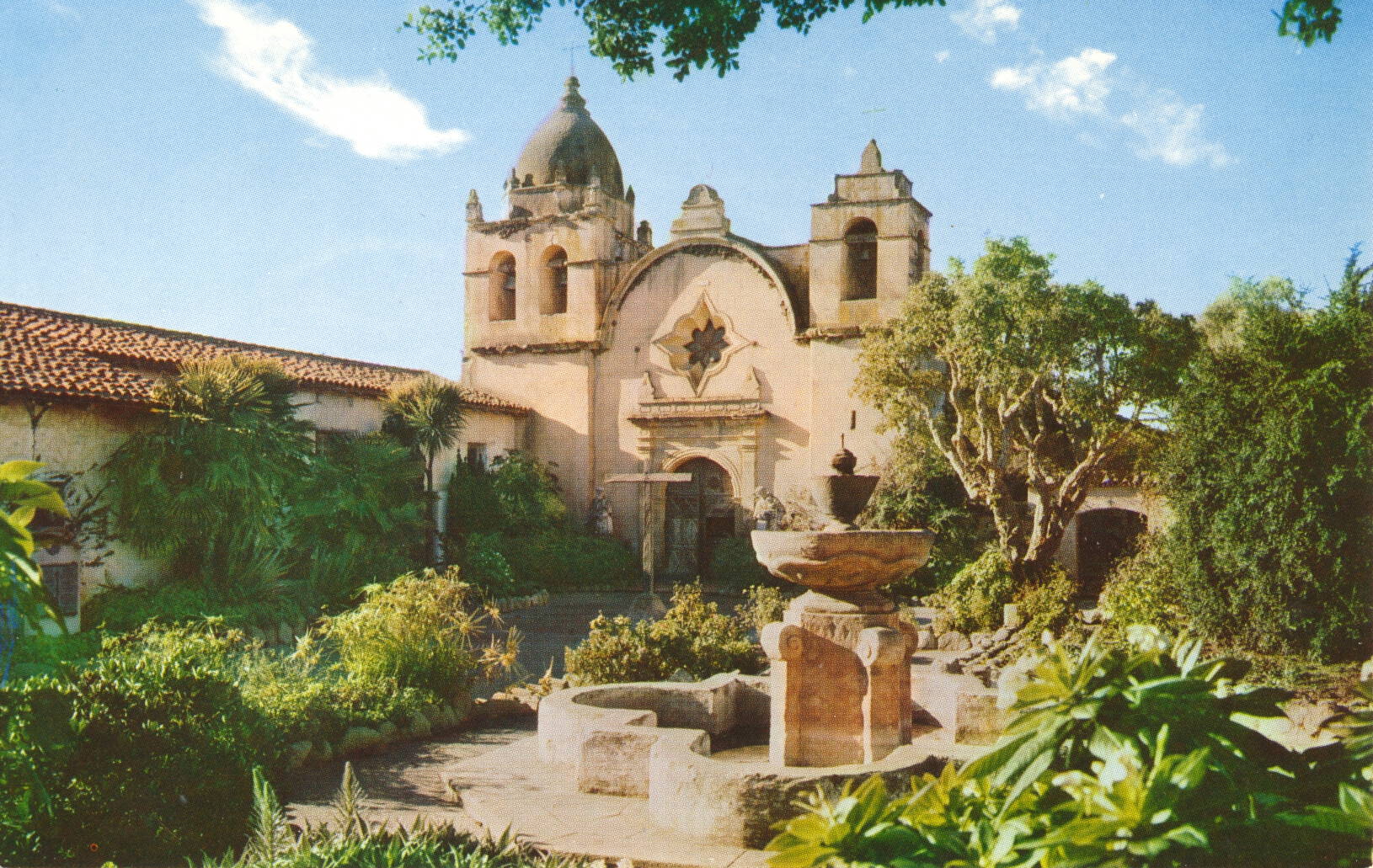 MISSION SAN CARLOS BORROMEO, Carmel, California. Established June 3, 1770, San Carlos is one of the oldest yet one of the best preserved of the Missions. At the foot of its High Altar rest the remains of Padre Junipero Serra.

–Serra founded the California mission chain that reaches from north of San Francisco to south of San Diego, and made this mission the headquarters and his resting place. The construction of the mission facade is asymmetrical, which was common in this era, even to the point of the large window above the door being rotated a few inches from vertical.

The grounds and building have changed very little over the decades since the mission was restored. This image likely dates from the 1950s.