This image shows the exceptionally long railroad bridge across Suisun Bay, just east of San Francisco Bay, connecting the cities of Martinez on the south side and Benicia on the north. 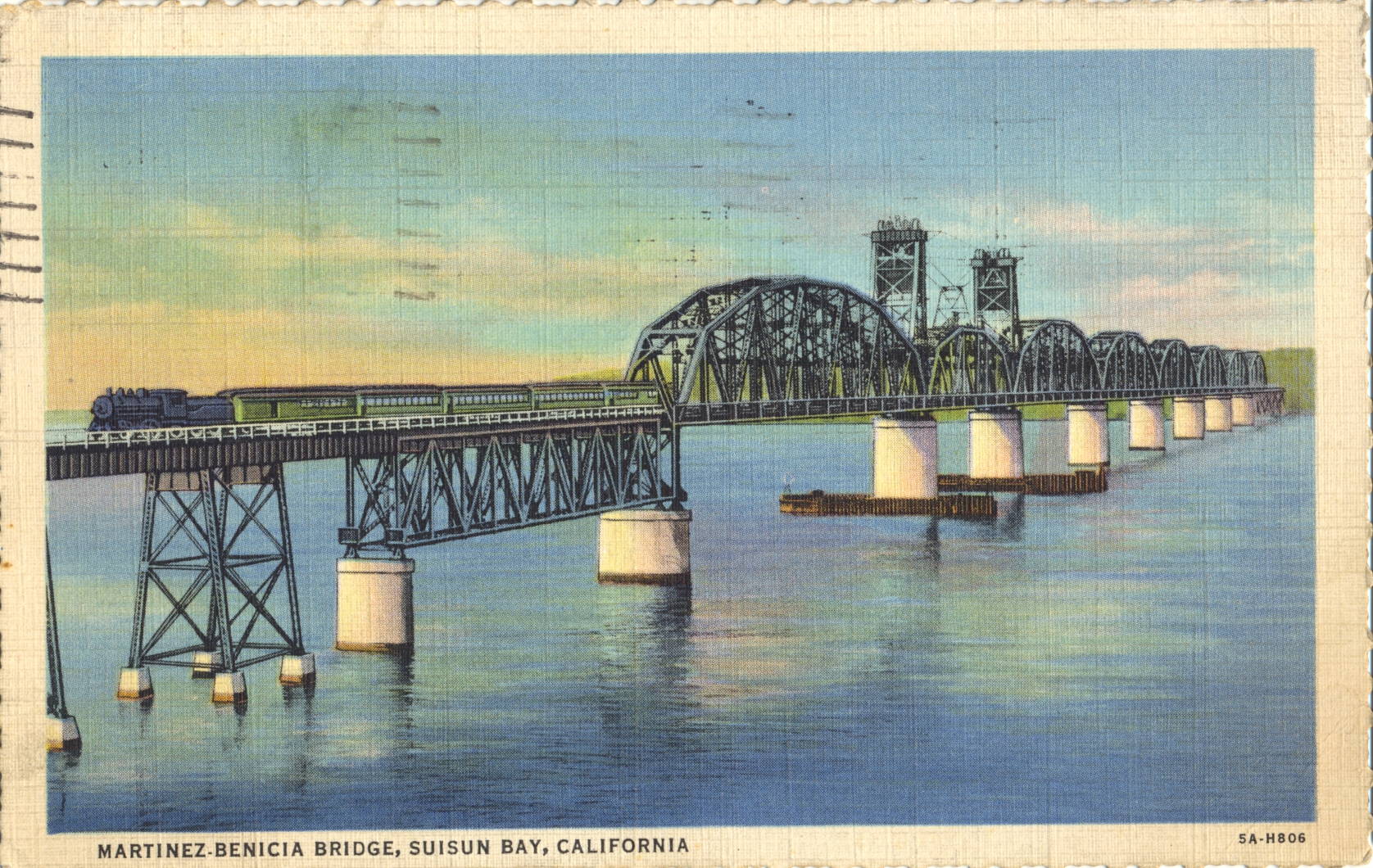 Southern Pacific’s new $12,000,000 bridge. One of the largest railroad bridges in the world across Suisun Bay, over which your train runs between Martinez and Benicia. This bridge the historic ‘train ferries’ between Port Costa and Benicia.

—This bridge still exists in this location, and has been joined on both sides by automobile bridges which cross the Carquinez Strait. It is now operated by the Union Pacific and shares trackage rights with Amtrak passenger trains.