This image shows some of the commercial fishing boats at rest in the marina near the famous Fisherman’s Wharf in San Francisco, California. 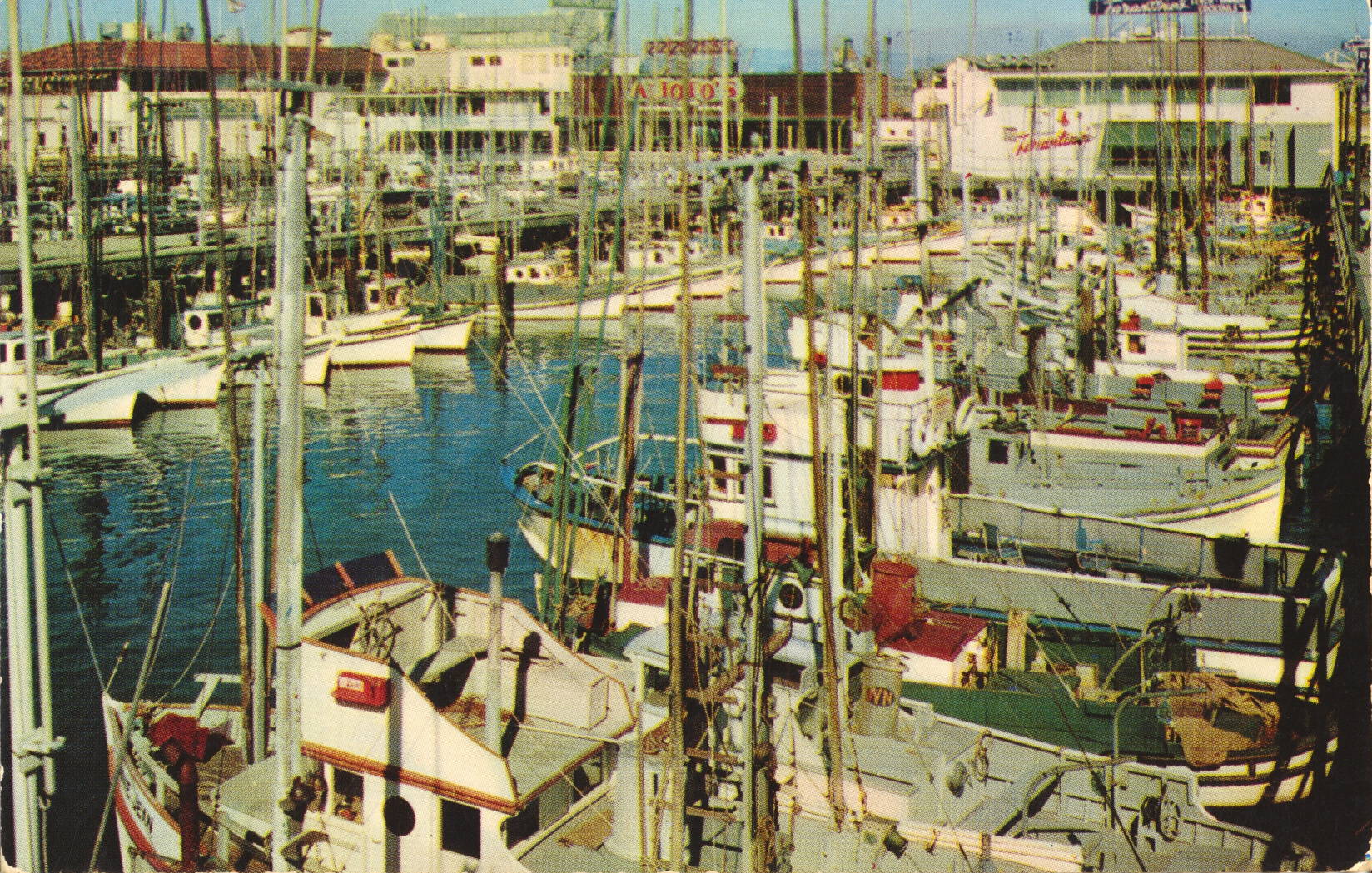 San Francisco has a large commercial fishing fleet which makes Fisherman’s Wharf its home harbor. Here the bright painted boats and sun-browned fishermen are reminiscent of an Old World Port.

—This area around Fisherman’s Wharf has remained much the same over the decades, as evidenced by the continuing presence of both the restaurants visible in the background. This picture appears to be taken from the windows of the Castagnola’s Restaurant.