This view shows an early version of the layout of the main international airport for Los Angeles, known by the assigned letters LAX. 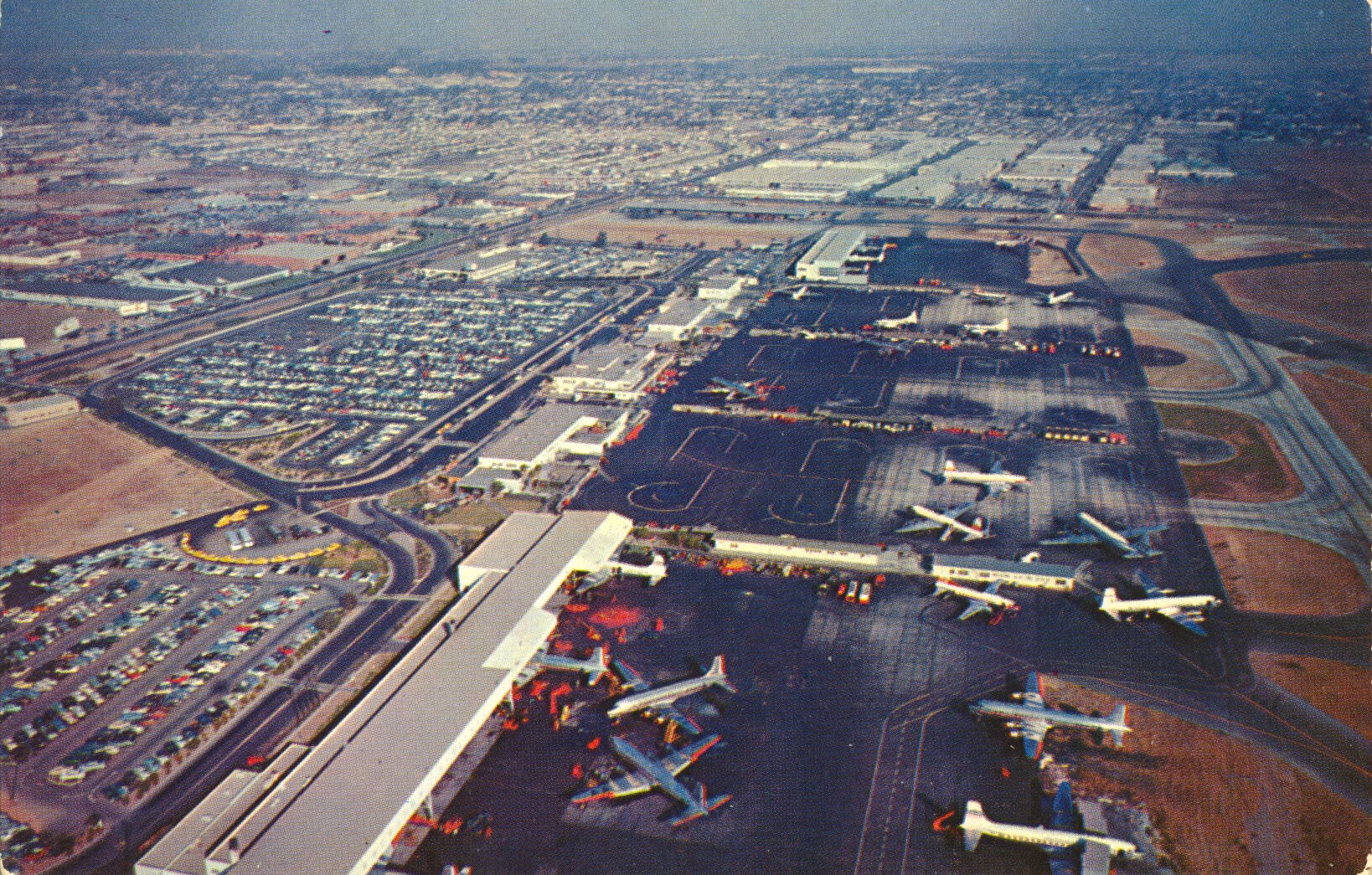 Aerial view of Main Concourse. Destined to be the largest and most modern air terminal in the world.

–The look of the field is far different from the current appearance, as there have been several expansions and modifications. As this was before jetways, the planes do not park adjacent to any walking path. Instead, the passengers would walk out into the weather and up a rolling stairway. In addition, the planes visible are all propellor driven, indicating this image is from the 1950s.