This image shows the imposing three tower structure of the Park Shelton Hotel on East Kirby in Detroit, Michigan. 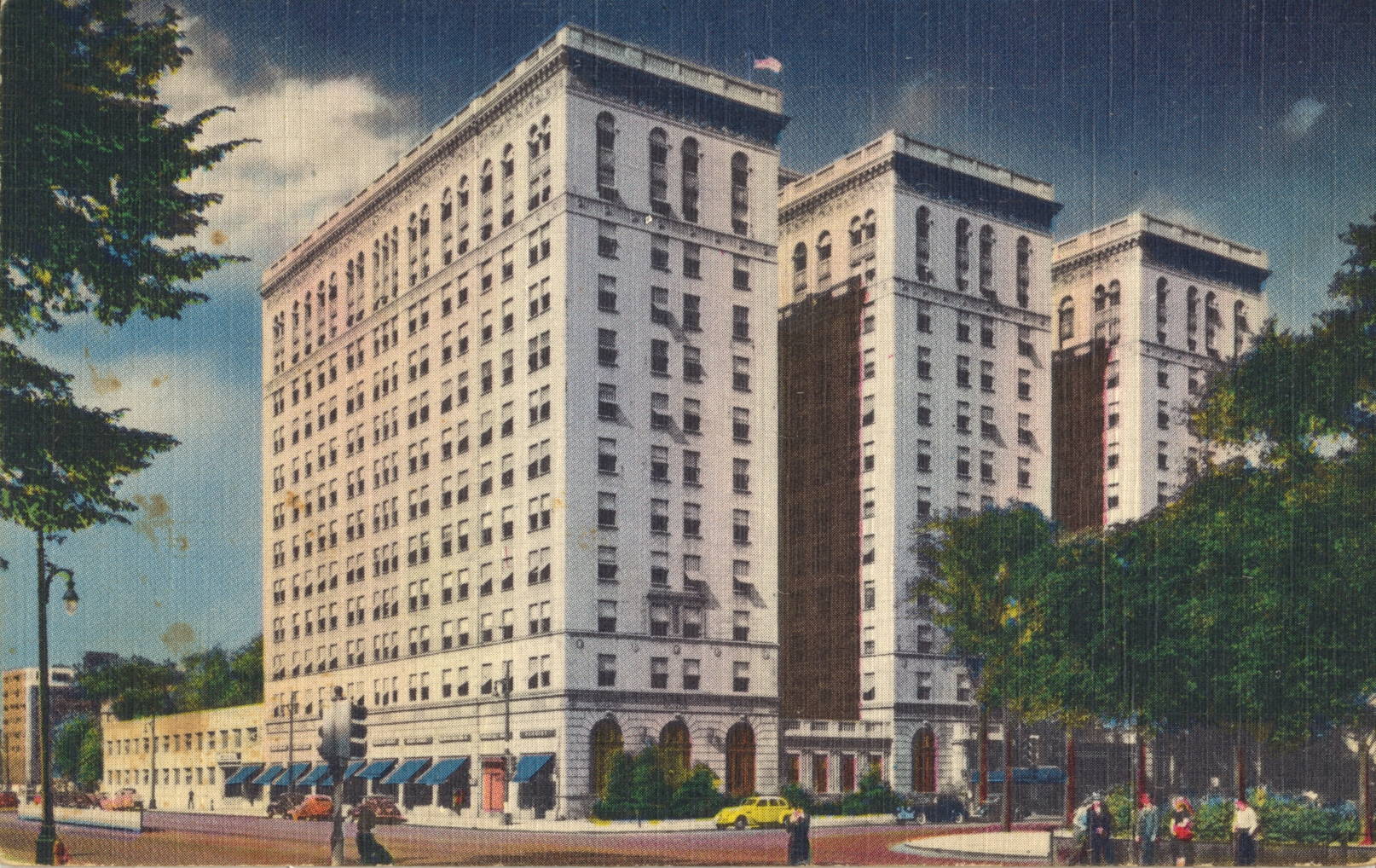 Overlooking the beautiful Art Center in the midtown business sector of the Motor City, the Park Shelton offers the luxury and atmosphere of an exclusive club…home of the unique Sapphire Room, featuring “Service with Charm.”

–This is not the first name for this structure, as it was built as the Wardell in 1926. It’s name has changed several times since, and it was first called the Park Shelton Hotel in the 1950s. It was later converted into apartments and is now condominiums.