This image shows a family of re-enactors dressed in 17th century clothes outside a house as the father returns from hunting birds. 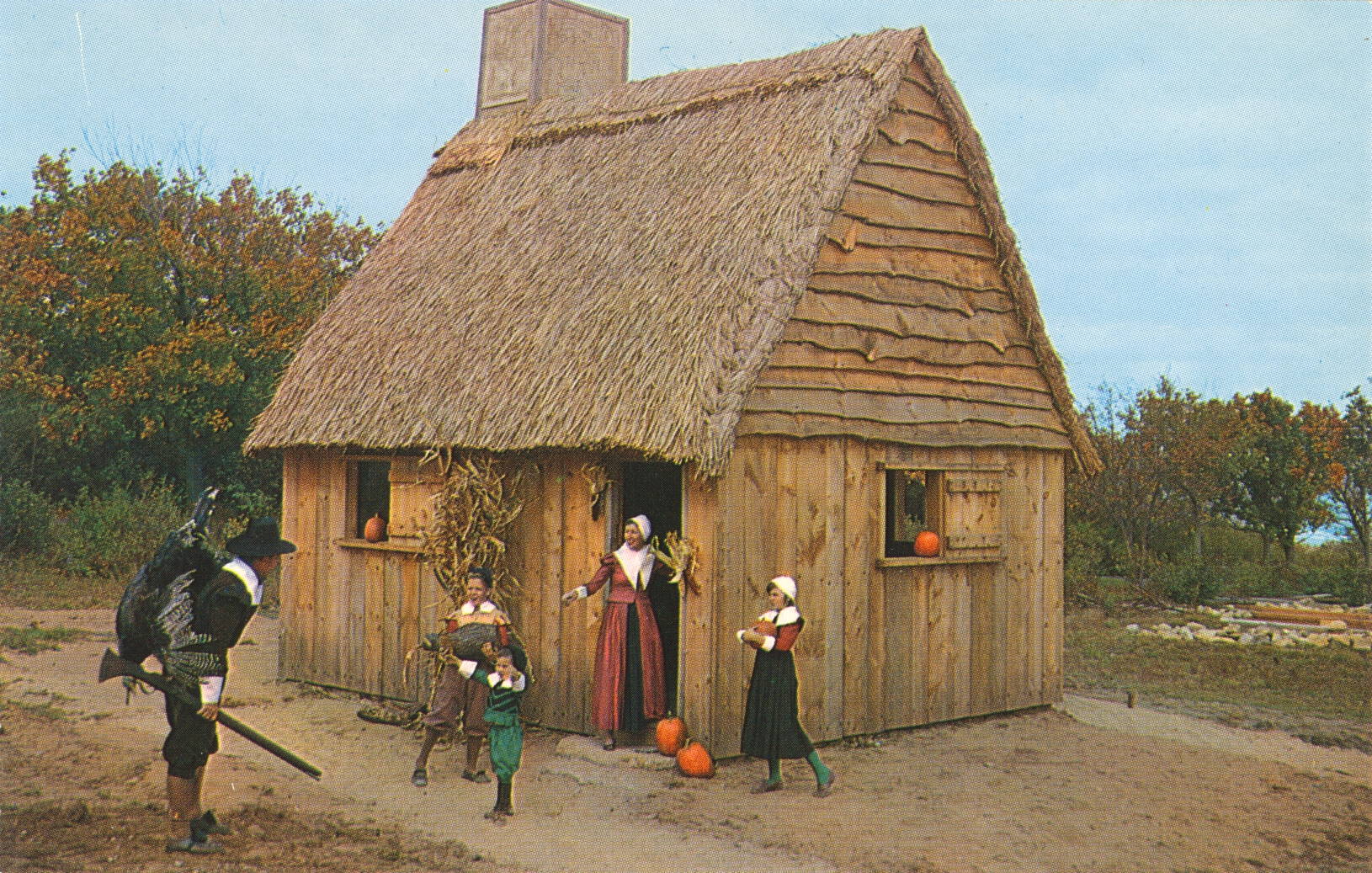 A Pilgrim father brings in a turkey as the family prepares to celebrate a bountiful harvest. The house represents that of John Howland and is part of the Pilgrim Village of 1627 being recreated at Plymouth, Mass., by Plimoth Plantation, a non-profit educational organization.

–Turkey is the most famous of the fowl typically hunted by 17th century settlers, but by no means the most common. Grouse, pheasant and other smaller birds were also commonly hunted as they existed in considerable abundance.