This image shows a typical harvest time view of the reconstructed village of Plimoth Plantation. 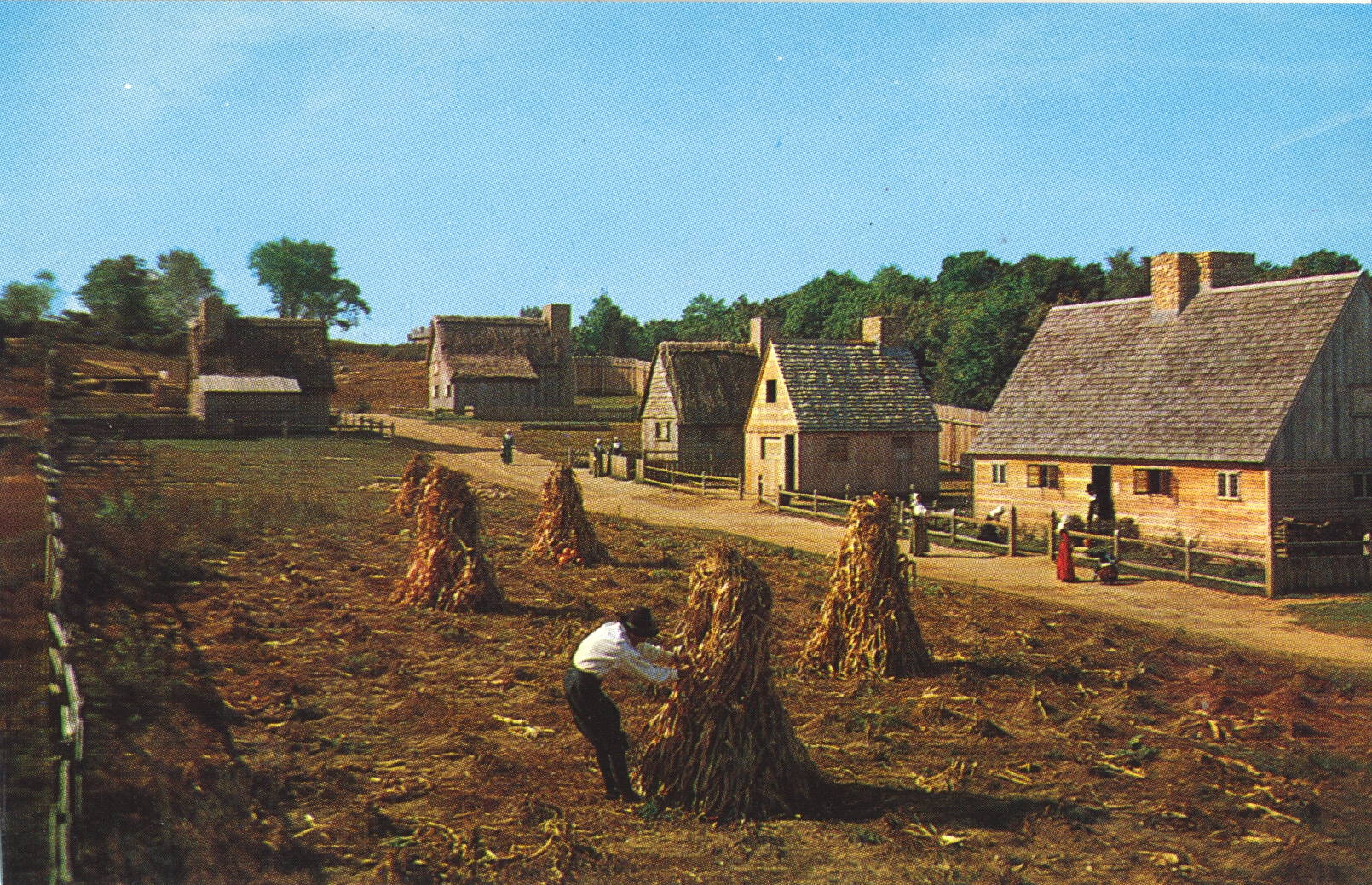 –The corn harvested at that time would have been what is now called Indian corn, a much reduced version of the huge hybrid ears we see today. It is unlikely this was eaten directly off the cob. Instead, it would have been dried, ground into a meal and fried or baked.