This image shows the fortification building that overlooks the rest of the Pilgrim Village at Plimoth Plantation, Massachusetts. 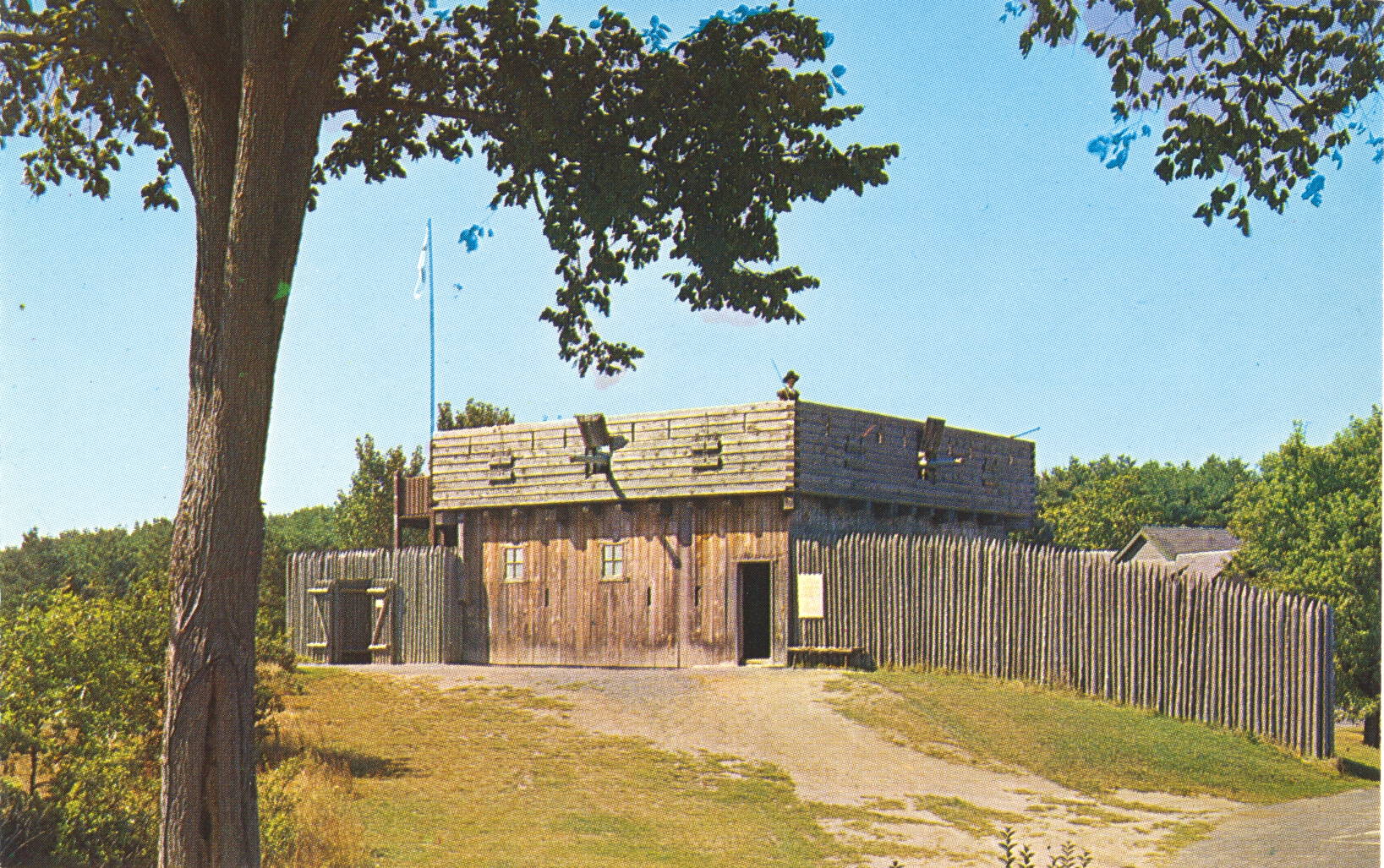 In 1622 on a hill above their Village, the Pilgrims erected a heavily timbered structure to serve as a center of worship and defense. A replica of this first Fort-Meetinghouse overlooks the recreated Pilgrim Village of Plimoth Plantation, Plymouth, Mass.

–Given that is was impossible for the small group of settlers to defend the entire village, it would have been expected for the settlers to concentrate here where cannon and guns would be available to resist attacks by nearby natives. However, it was not intended for long duration occupation by large numbers of people.