This image shows a diorama of the signing of the Mayflower Compact on board the Mayflower II. It resembles slightly the painting from 1899. 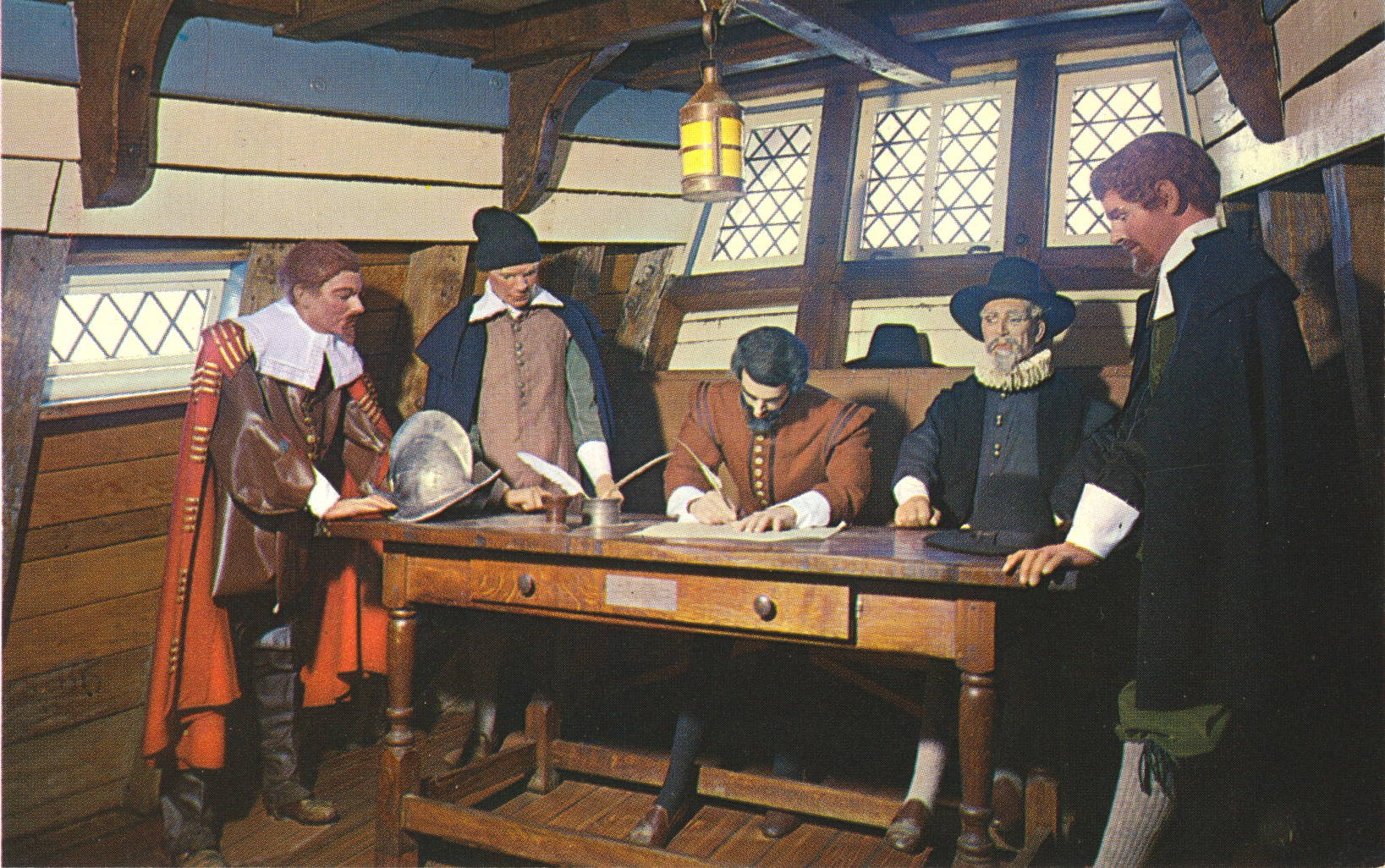 On November 21, 1620, the Pilgrims signed the Mayflower Compact establishing for themselves a government by consent to be based on just and equal laws for all. The scene is commemorated in the Great Cabin of Mayflower II, an exhibit of Plimoth Plantation, Plymouth, Massachusetts.

–The document was drawn up as an agreement among the men present to provide for a consistent and fair government, as they believed themselves unable to continue to join the already existing colony in Virginia.