This image shows the replica ship Mayflower II during the trans-Atlantic crossing from Britain to the United States. 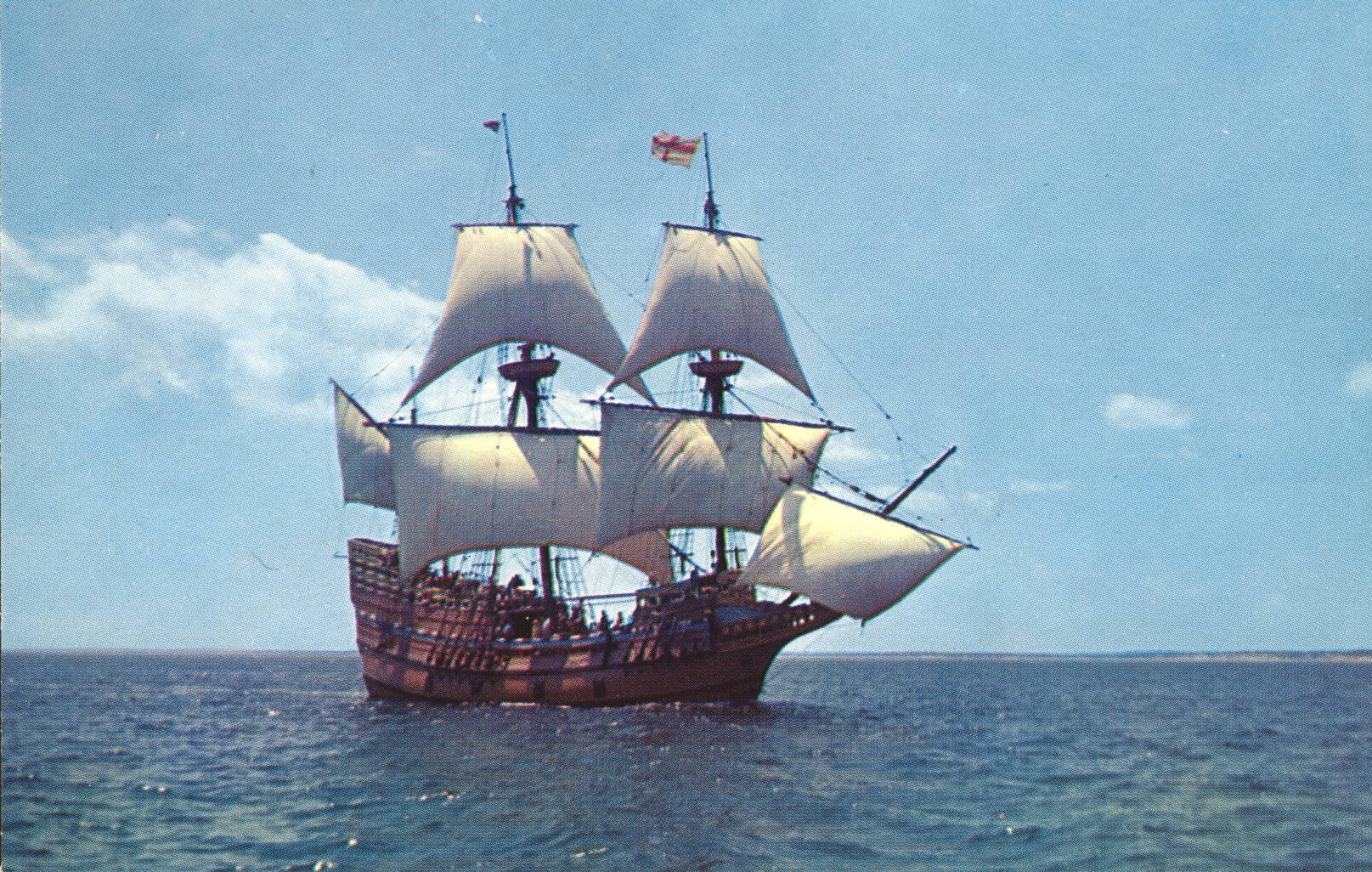 MAYFLOWER II built at Brixham, England, by Project Mayflower; sailed from Plymouth England to Plymouth, Massachusetts by Captain Villiers in April 1957, as a gift of the people of Great Britain to the people of the United States as a gesture of Anglo-American friendship. Mayflower II will be berthed permanently at Plimouth Plantation Eel River Site in Plymouth, Massachusetts.

–The Mayflower II has been regularly restored to preserve its wooden construction.