This image is an illustration of the reconstructed ship Mayflower II, which was built as a replica of the original which brought Puritan colonists to the Massachusetts area in 1620. 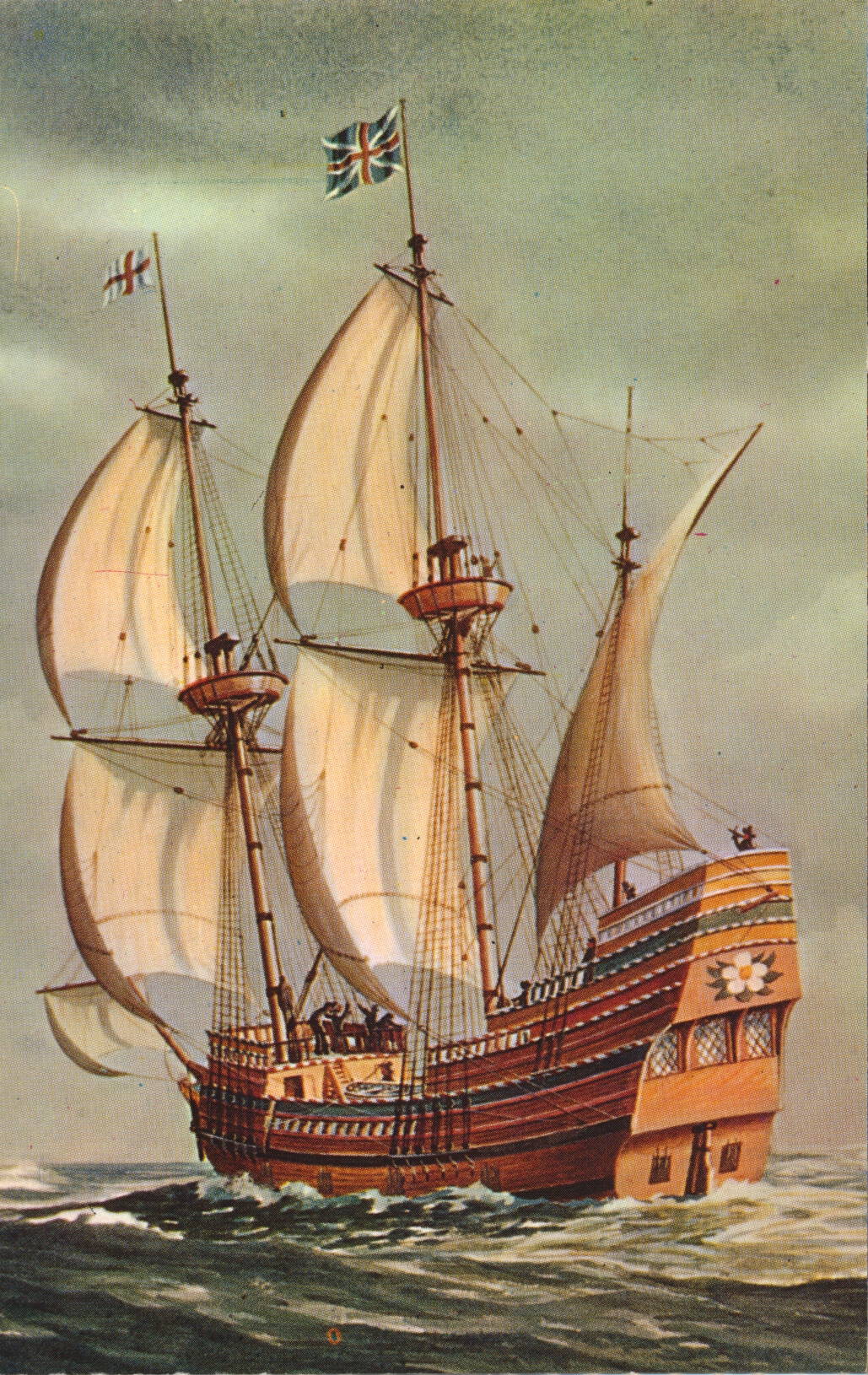 MAYFLOWER II built in Brixham, England, by Project Mayflower; sailed from Plymouth, England to Plymouth, Massachusetts in April 1957; to be berthed permanently at Plimoth Plantation, Massachusetts.

–The ship has been docked as an exhibit at the Plimoth Plantation since arriving there in 1957.

Since this event happened in the 1950s, this card likely dates from that time.