This illustration shows the initial design of the Roanoke Star, built atop Mill Mountain outside of Roanoke, Virginia. 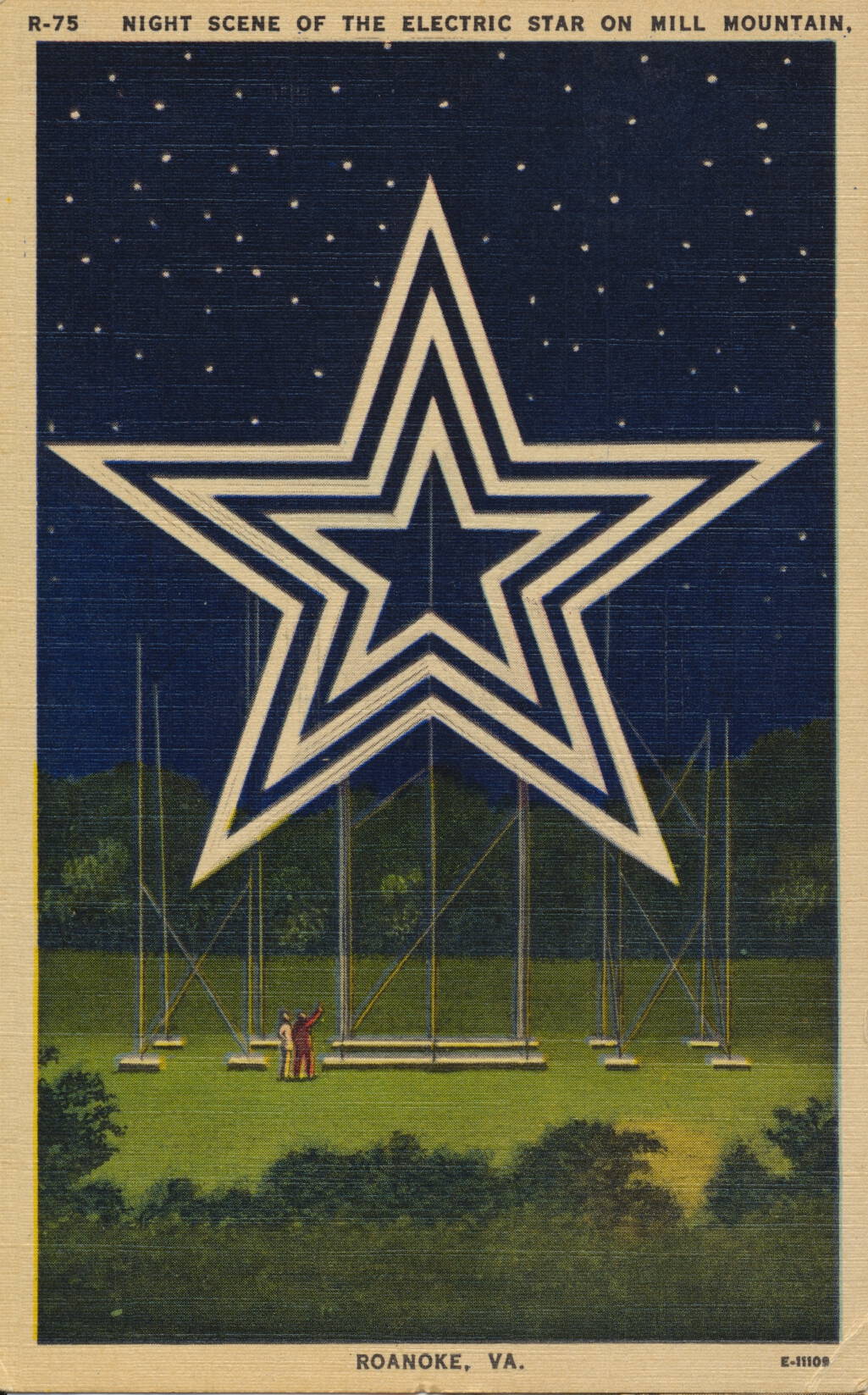 Constructed on top of Mill Mountain, 1,800 feet above sea level and 975 feet above the City. The largest man-made illuminated star in the world — 88 1/2 feet in diameter, on a 100 foot structure — as tall as an eight story building. Nine rows (2,000 feet) of neon tubing.

–The design of the tubing has changed somewhat over the years, to include five concentric stars, and to include red and blue colored neon tubes, though at this time the star is illuminated solely with white.