This image shows a portion of the changing of the guard ceremony at the Tomb of the Unknowns in Arlington National Cemetery, Virginia. 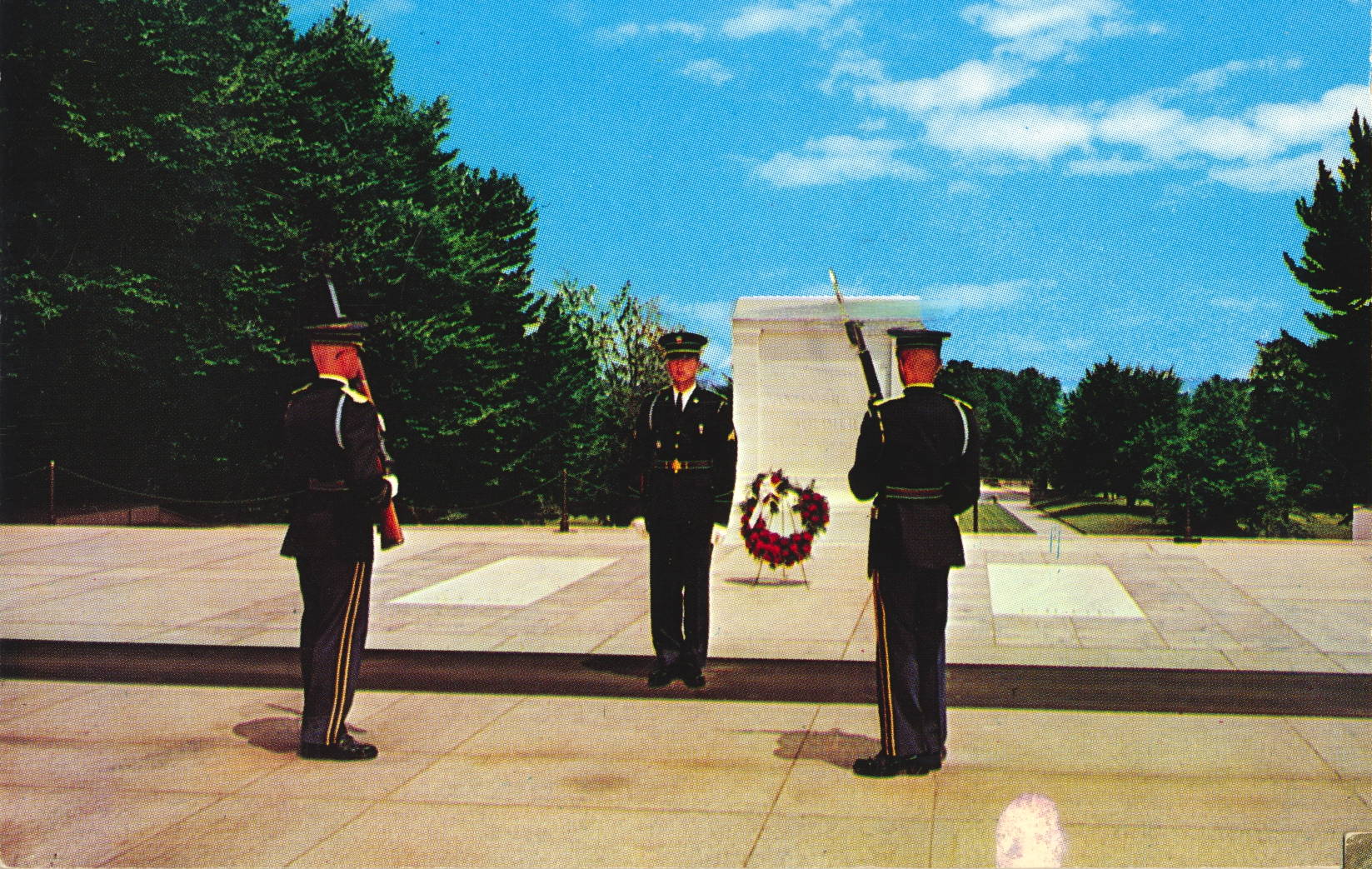 Tomb of the Unknowns, where rest in honored glory Unknown Americans who fell in both World Wars and in the Korean War. Continuous vigil is maintained by Tomb Guards, specially chosen from the 1st Battle Group, 3rd Infantry, part of the Military District of Washington command.

–The soldier in the center is the relief, and the two others are the incoming and outgoing guard. There was a Vietnam veteran interred here for a short time, but the remains were correctly identified and moved according to the family’s wishes. The empty crypt now has a statement engraved on it instead.