This image shows the Charles Manor, a restaurant on the southeast side of Grand Rapids, Michigan. 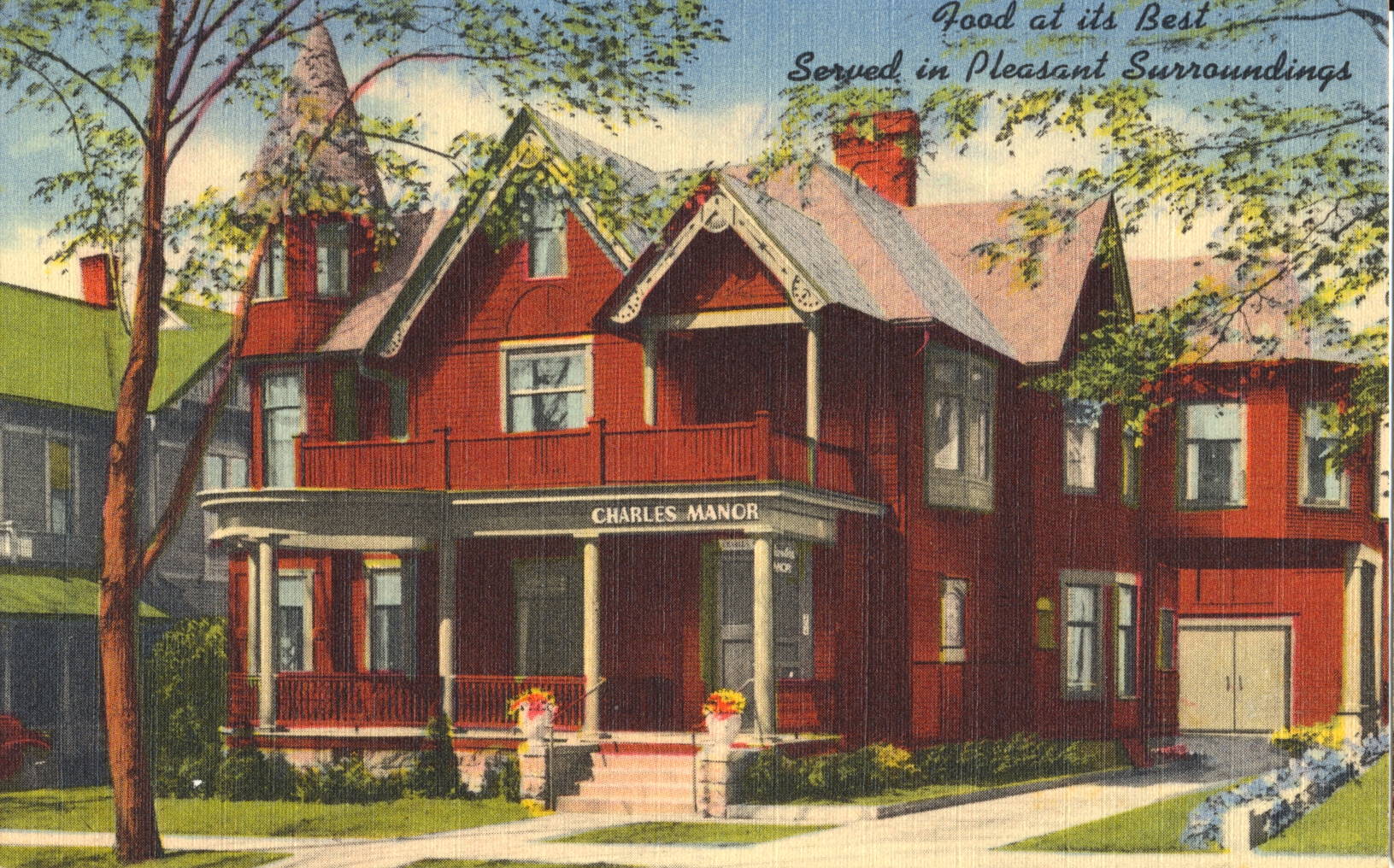 By Reservation — For your convenience

It’s never too late to call

Dinners for one or more persons

Luncheons, Weddings, Dinners for all occasions

–The business is gone, but the building is still on the site and in good repair, as shown here. Other than paint and a few other modifications, the building looks much the same now as then.

This image is of the Redwood Motel, presumably when it was still new, showing the rooms arrayed around the central swimming pool, in Buzzards Bay, Massachusetts. –The Cape Cod Canal provides a short route from Cape Cod Bay to Buzzards Bay and Rhode Island Sound without going completely around the Cape. A view of the site today shows the motel is no longer present, probably a result of road construction.

The presence of a Zip code on this card indicates it is likely from the 1960s.

This is an aerial view of the long expanse of beachfront known as Dennisport Beach, Massachusetts. 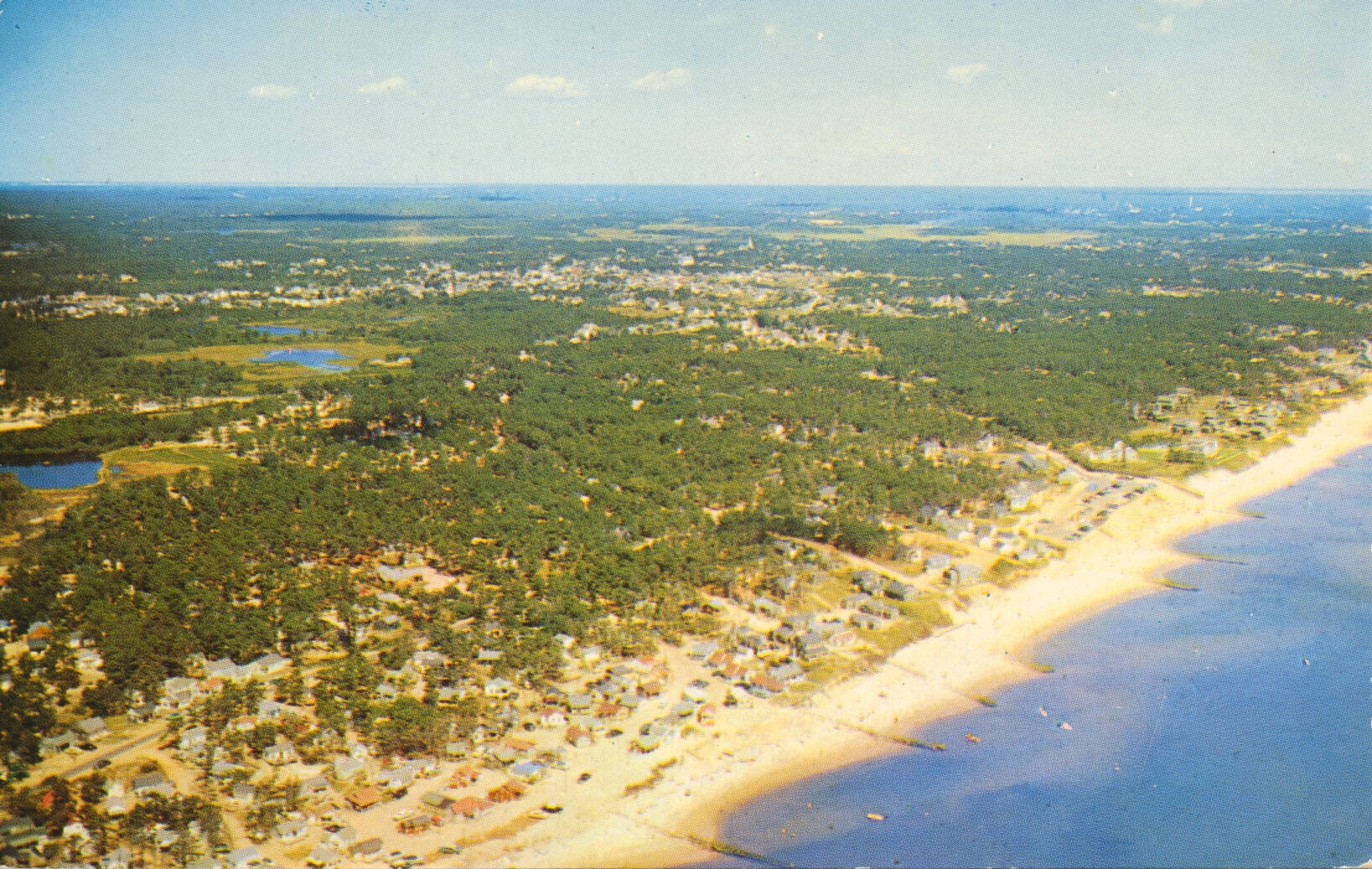 This lovely beach is one of theist popular along Cape Cod’s scenic coastline.

–This beach is closely associated with the town of Dennis, Massachusetts, where the beach is now more commonly known as Sea Street Beach, a result of development and road construction along this stretch of sand.

Visible in the image are thin dark lines extending from the shore into the water, which are breakwaters intended to retard beach erosion. They are only partly effective in this.

This card was used and is dated 4 September 1957