This illustration shows a scene from an opera as performed and spectated by dogs. It is presumed to be an opera because of the presence of the orchestra playing during the performance. 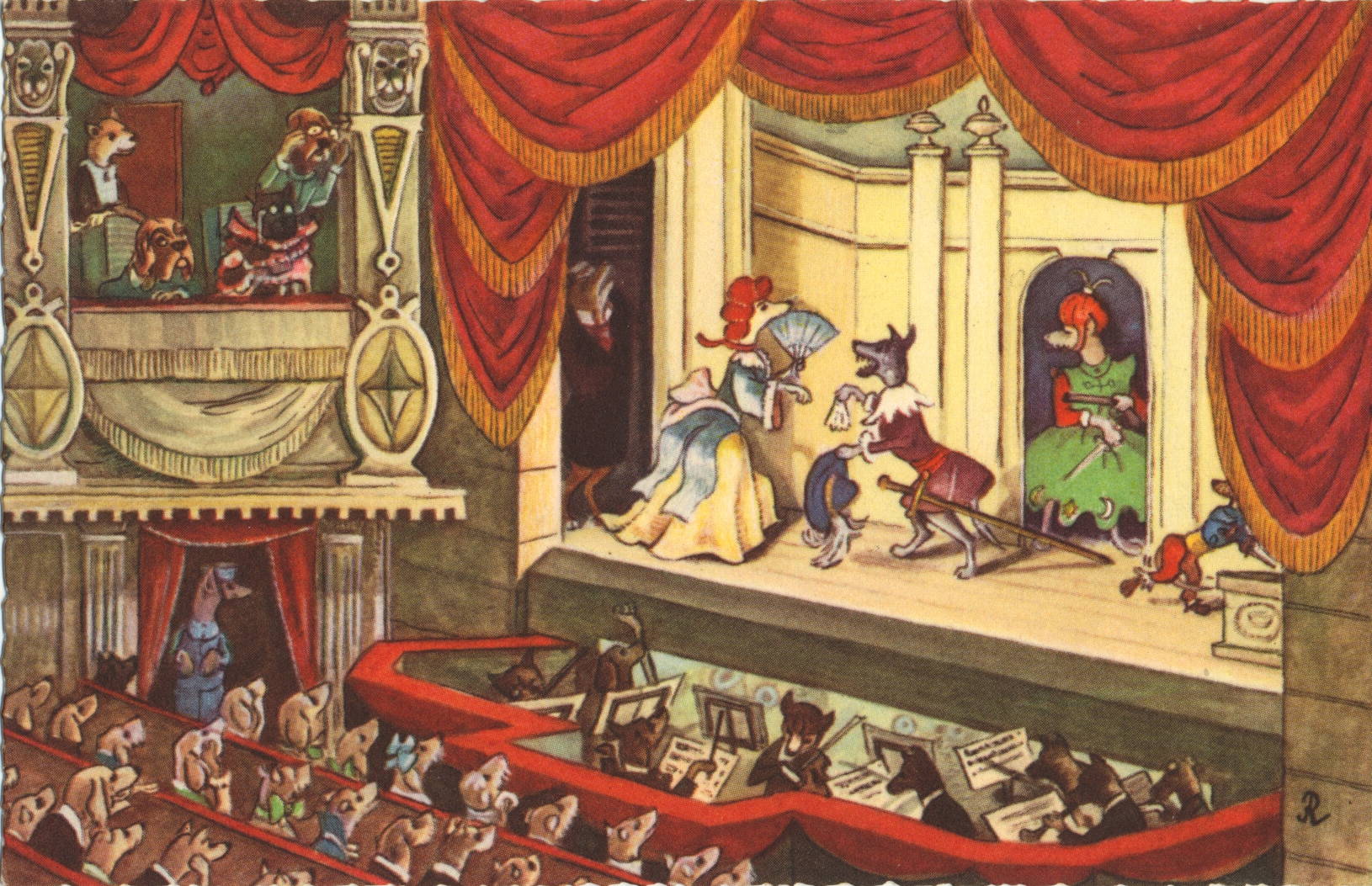 For simplicities sake, the artist has drawn most of the orchestra, and likewise most of the audience, with nearly the same ‘breed’ of dog, allowing only small variations. It is not clear if the dog off stage is a director or prompter, but it is not a performer as the costume is unlike the other performers.