This image shows the monument dedicated to the Mormon pioneers who travelled across the United States between 1856 and 1860 with little more than a cart of belongings and human power to move it. It was cast in 1926. 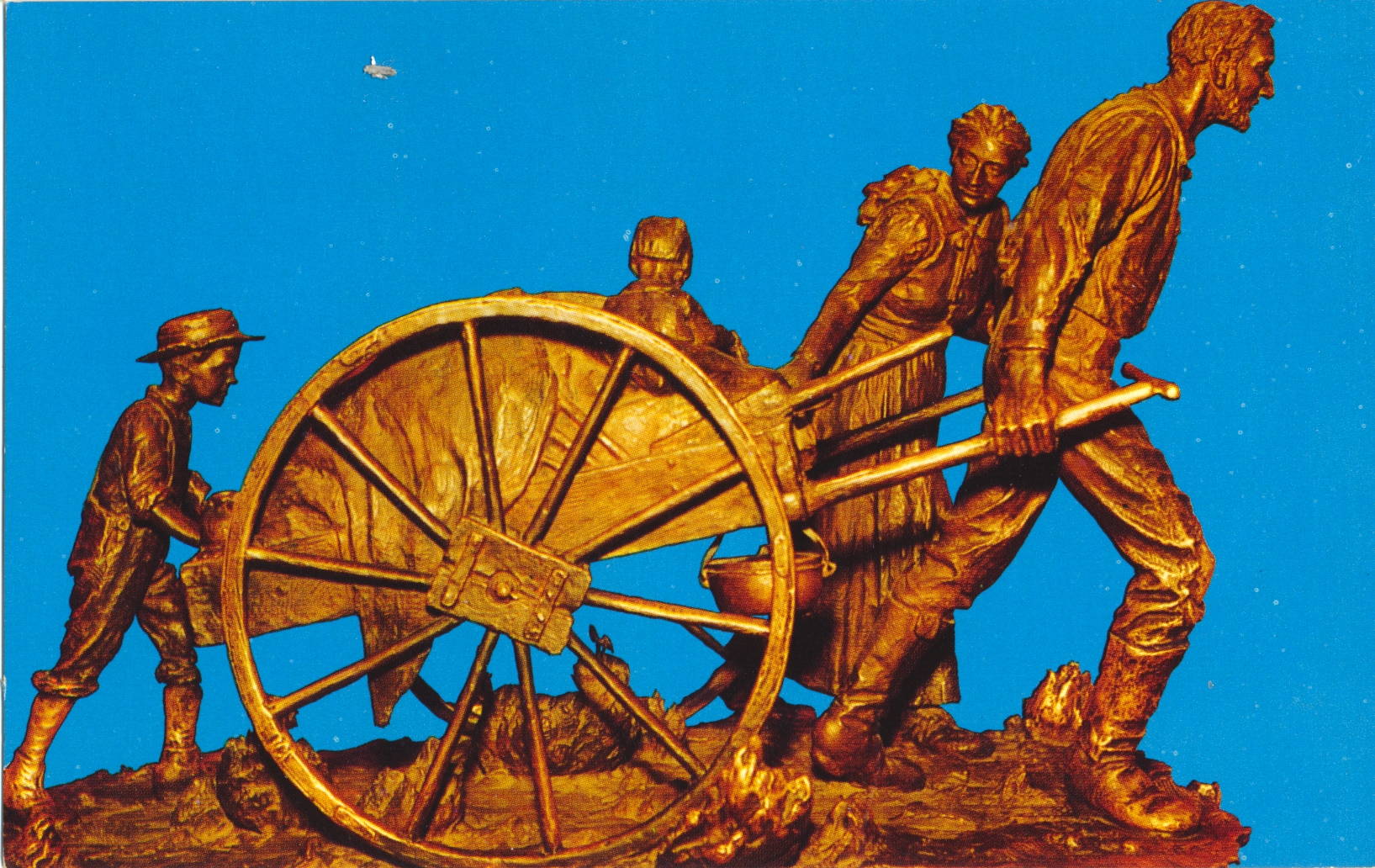 Located in the Museum on Temple Square, this monument commemorates the hardships and sacrifices suffered by an estimated 3,000 of the early Utah Pioneers who crossed the plains during the years 1856-60 carrying their belongings on handcarts. This grueling trip which covered more than 1.300 miles required an average of around 3 1/2 months time.

–This image is not representative of the location where the monument is situated. The background has been removed to leave only the monument itself. it is in fact located in a park like outdoor setting.