This image shows a young man reading near the buildings which made up the YMCA Camp located near Lake Geneva, Wisconsin. It has been redeveloped into the Geneva Lakes Family YMCA. 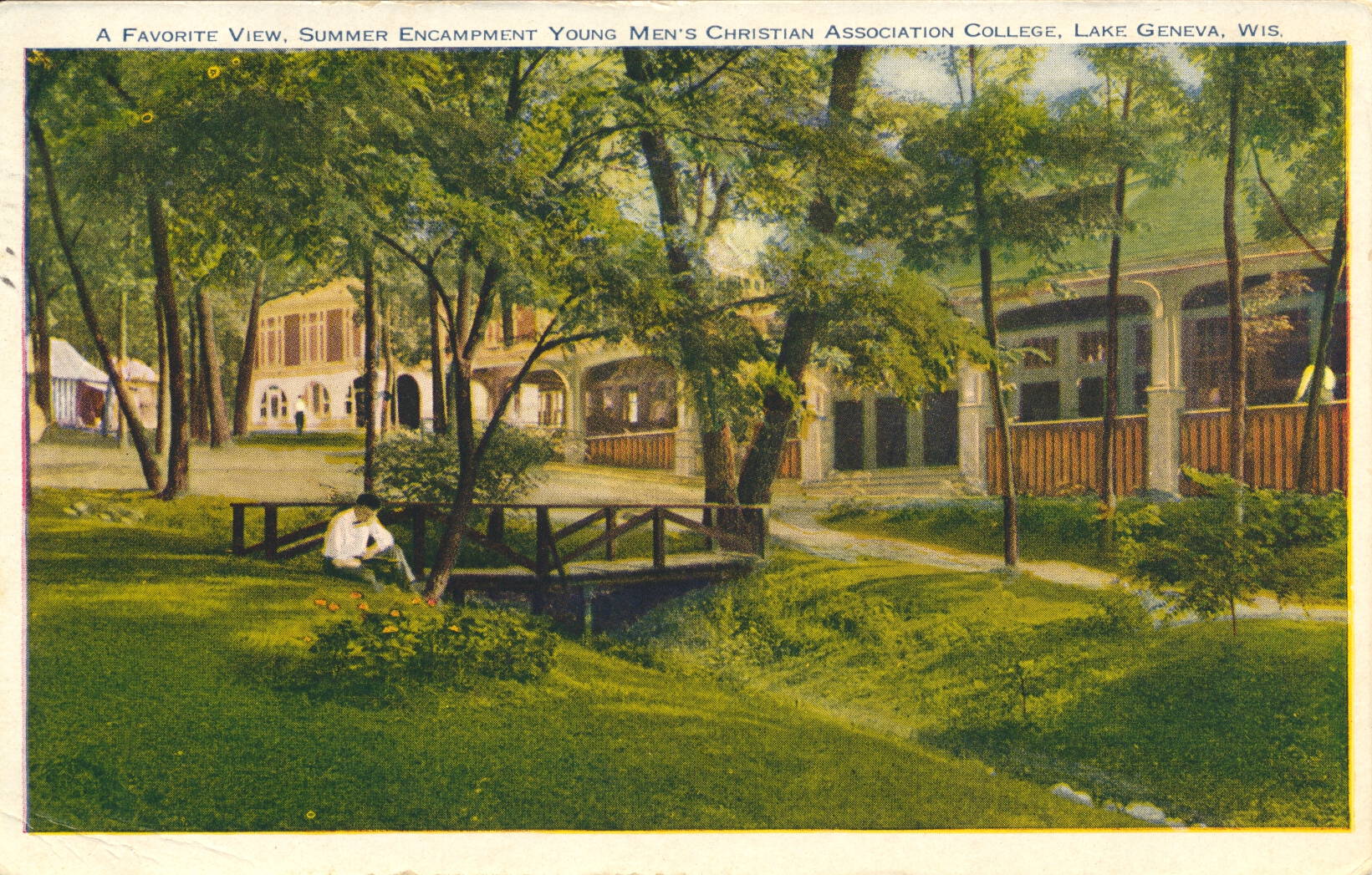 The fate of this facility is described on the YMCA National History web site, and the relevant information excerpted here:

“The need for a formal school was also felt in the Midwest, with a YMCA Training School housed in the downtown Chicago YMCA opening in 1890 with five students. It ultimately became George Williams College, after merging with the Western Secretarial Institute, a summer training school in Lake Geneva, Wis., in 1892. A century later, George Williams College became part of Aurora University, in Aurora, Ill.”

The facility is thus no longer in existence. The card was used and is dated 21 June 1928.