This image shows the front entrance of the Octagon House, located in Watertown, Wisconsin. 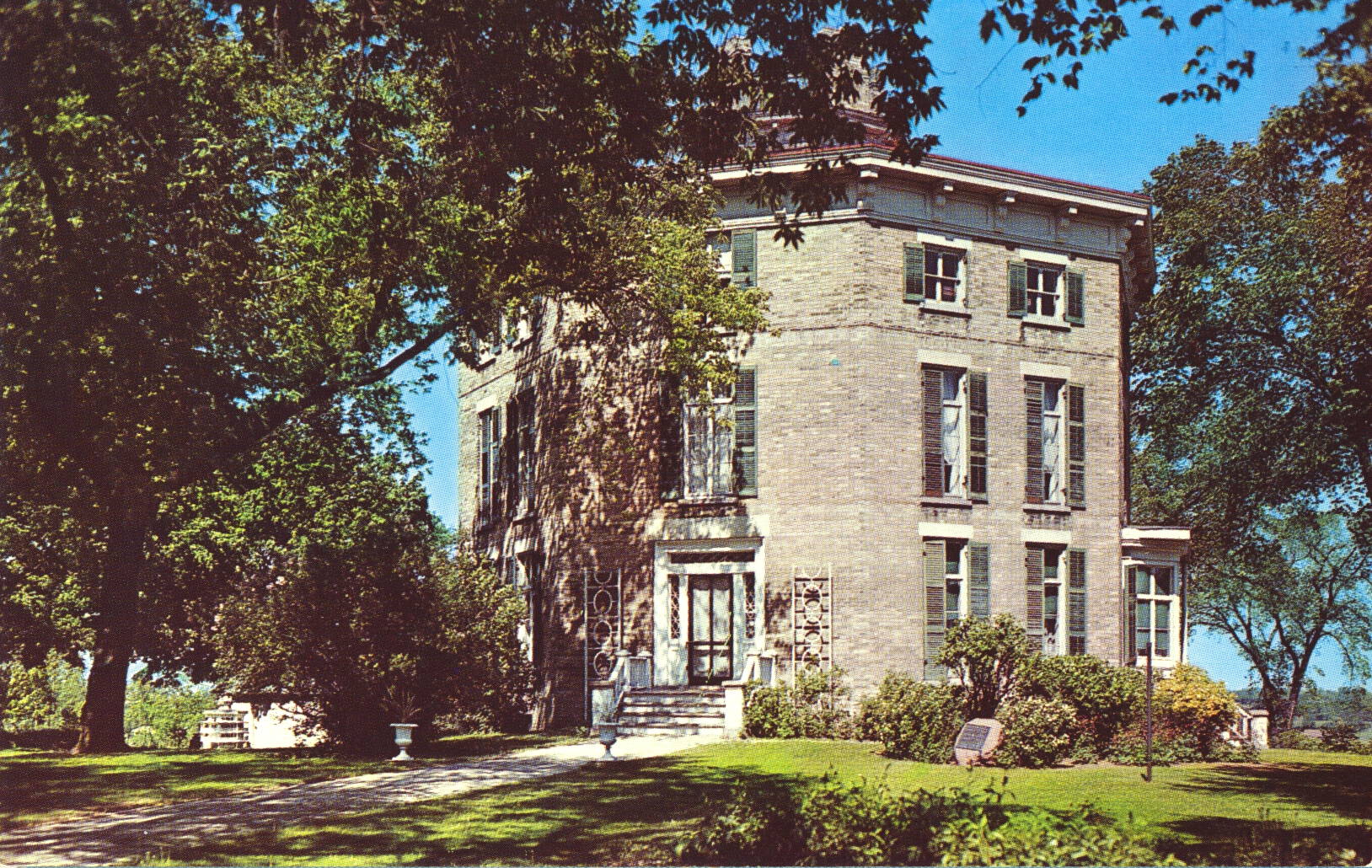 The Octagon House is the most interesting landmark of early Watertown. It was built by the Hon. John Richards and completed about 1852. There are 57 rooms built around a spiral stairway. It was presented to the Watertown Historical Society in January, 1939.

–This image is unusual in that it was taken while the building was incomplete, and not representative of the original construction. Over the years, the wooden porches around the first and second floor became unsafe and were demolished in 1938, leaving the building in the condition seen here. The porches were reconstructed in the 1970s and again in the early 2000s.