This image is of the lake front portion of the National Music Camp located in Interlochen, Michigan, south of Traverse City. 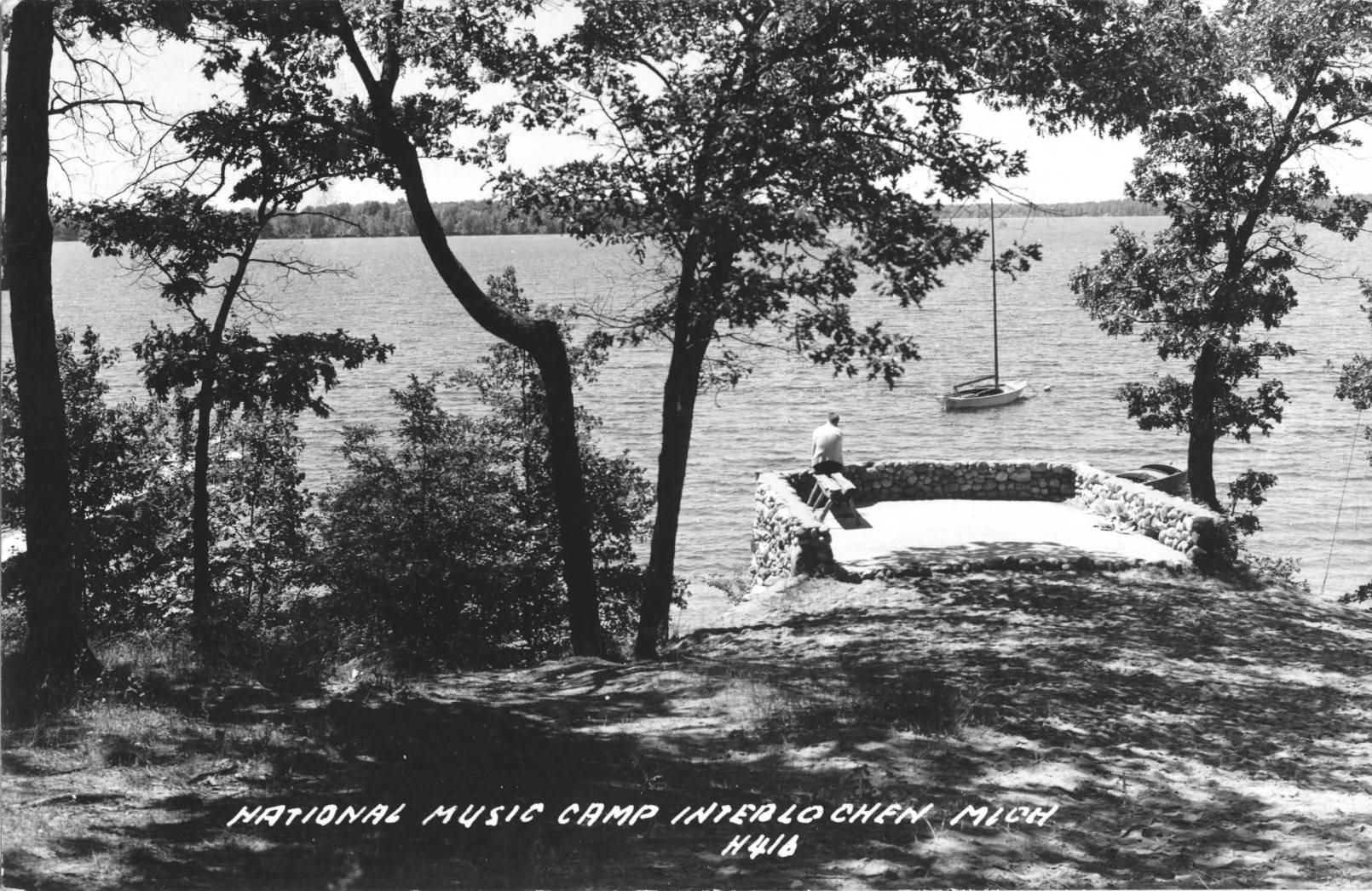 There had been girls and boys camping at this location for decades before the music camp was established in 1928, becoming the National Music Camp in 1931 and affiliating with the University of Michigan in 1942. The camp is located on a parcel of land between two lakes, thus the name Interlochen. It is now known as the Interlochen Center for the Arts.