This image shows the rock formation known as Miner’s Castle, due to the turrets which appear above the main level of the rock. 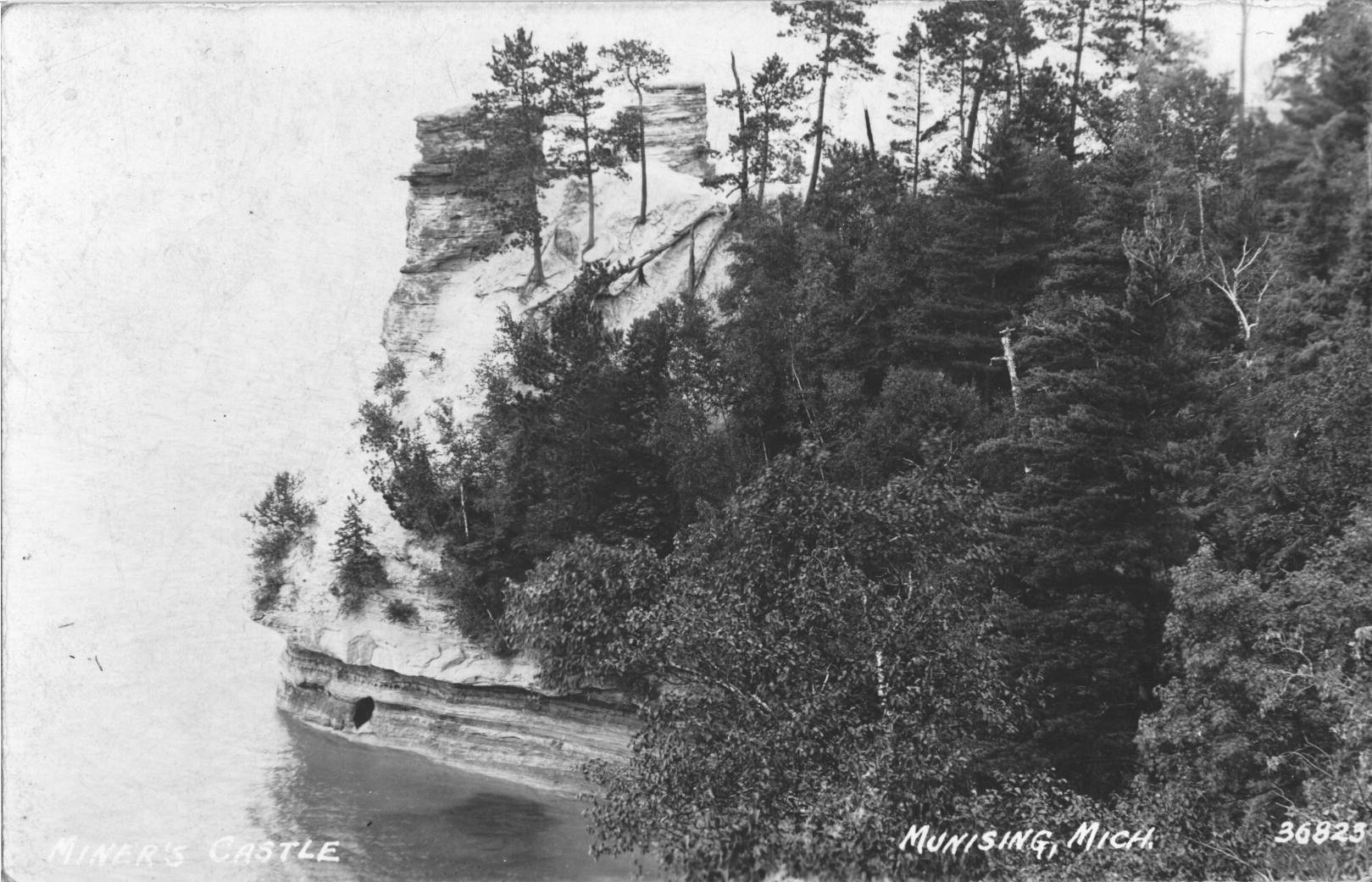 The formation has changed in recent years, as there was a large rockfall in April 2006 which caused the loss of the right-most turret as seen in this picture. For the series of three shown in this collection, note the large tree in the lower foreground. It will be apparent something has happened to it as well.