This image shows what was then known as the “New” Mississippi River Bridge, having been completed in 1958. It has since been renamed the Crescent City Connection, and now comprises two separate spans, each carrying traffic in one direction. 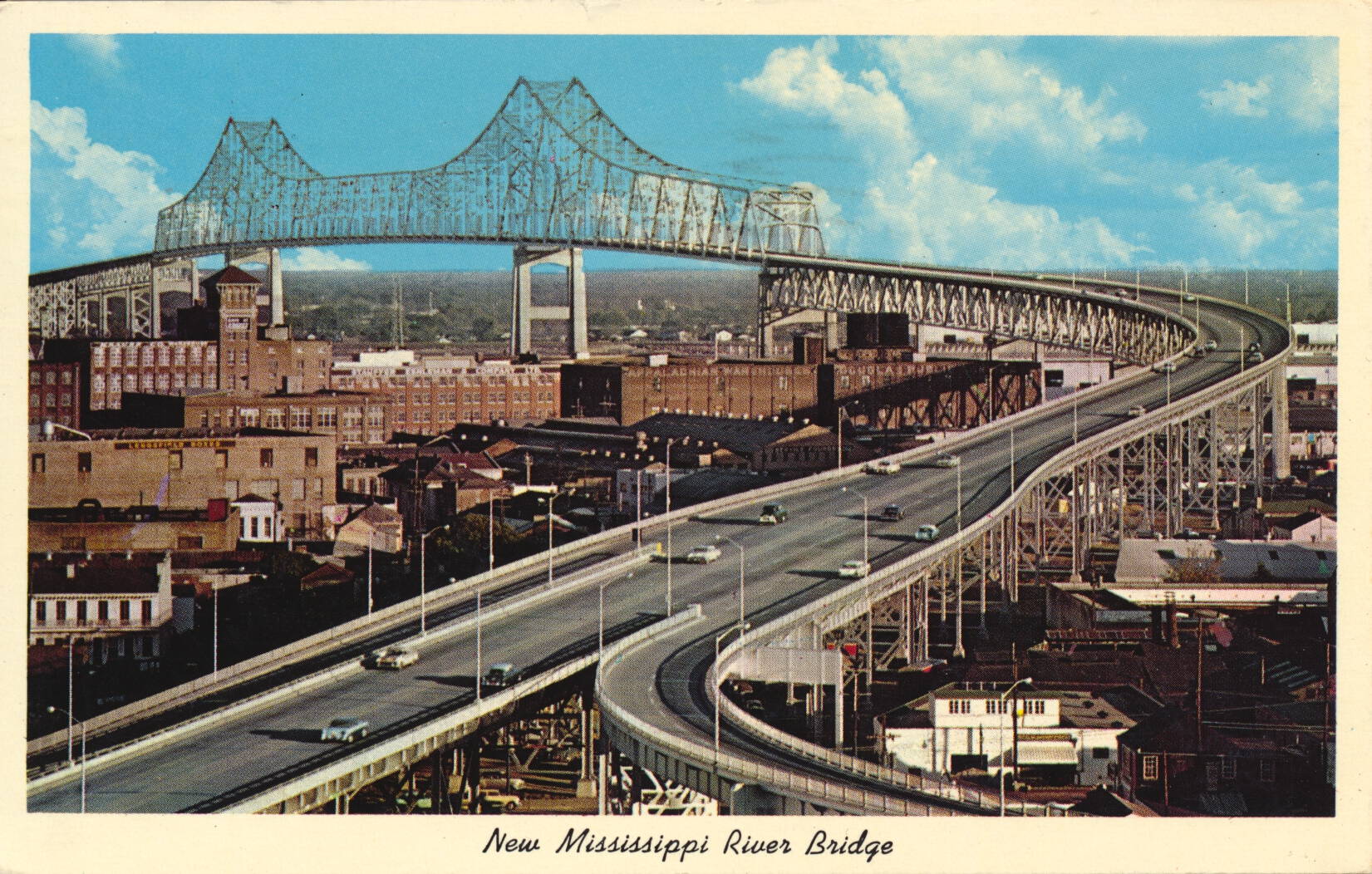 The new Mississippi River Bridge opened on April 15, 1958, measuring two and two tenths miles long with the roadway one hundred and seventy feet above the river. Costing $65,000,000 and has the longest cantilever span of any bridge in the U. S.

–Other estimates put the cost at $50 million, and it is now the fifth longest cantilever bridge in the world.

This postcard was used and is dated 26 November 1971, but is likely taken in the 1960s based on the styles of autos visible in the image.