This image shows a section of exposed, eroded rock formations in unusual, tilted positions. This is a visible part of the Arbuckle formation, a set of rock layers that was tilted over the eons until they are almost vertical. 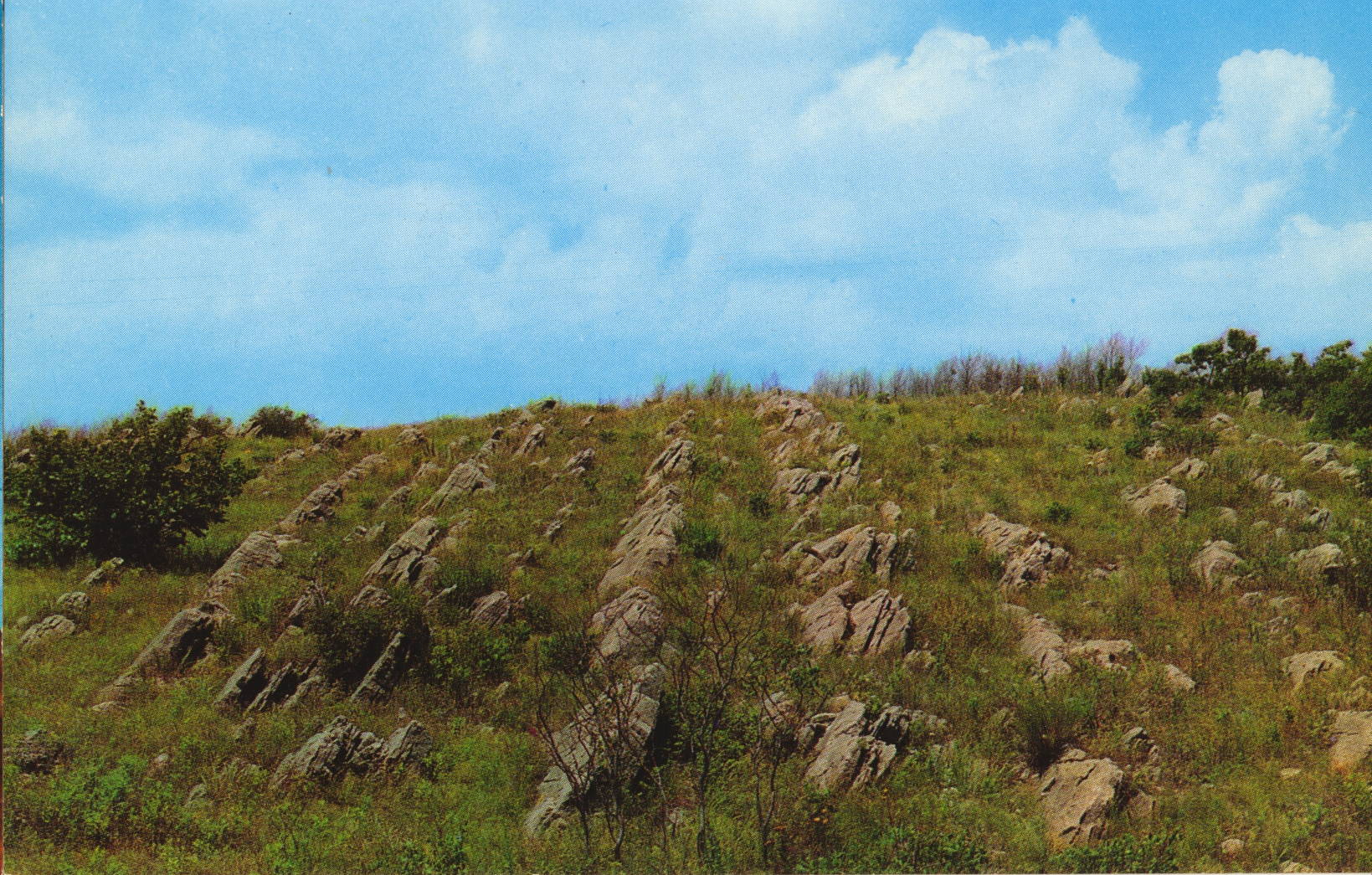 Along highway 77 in the Arbuckle Mountains between Pauls Valley and Ardmore are many interesting geologic rock formations that can be seen from the highway. Many college geology classes come to this area to study at the unusual formations. Turner Falls is located in the area.

–The Arbuckle Mountains are the oldest known formations in the United States between the Appalachian and Rocky Mountains. They contain considerable mineral resources, including oil and gas.