This image shows the southern opening of the San Fernando Tunnel, which was cut through the Newhall Pass to allow trains direct access north to south through the San Gabriel Mountains north of Los Angeles. 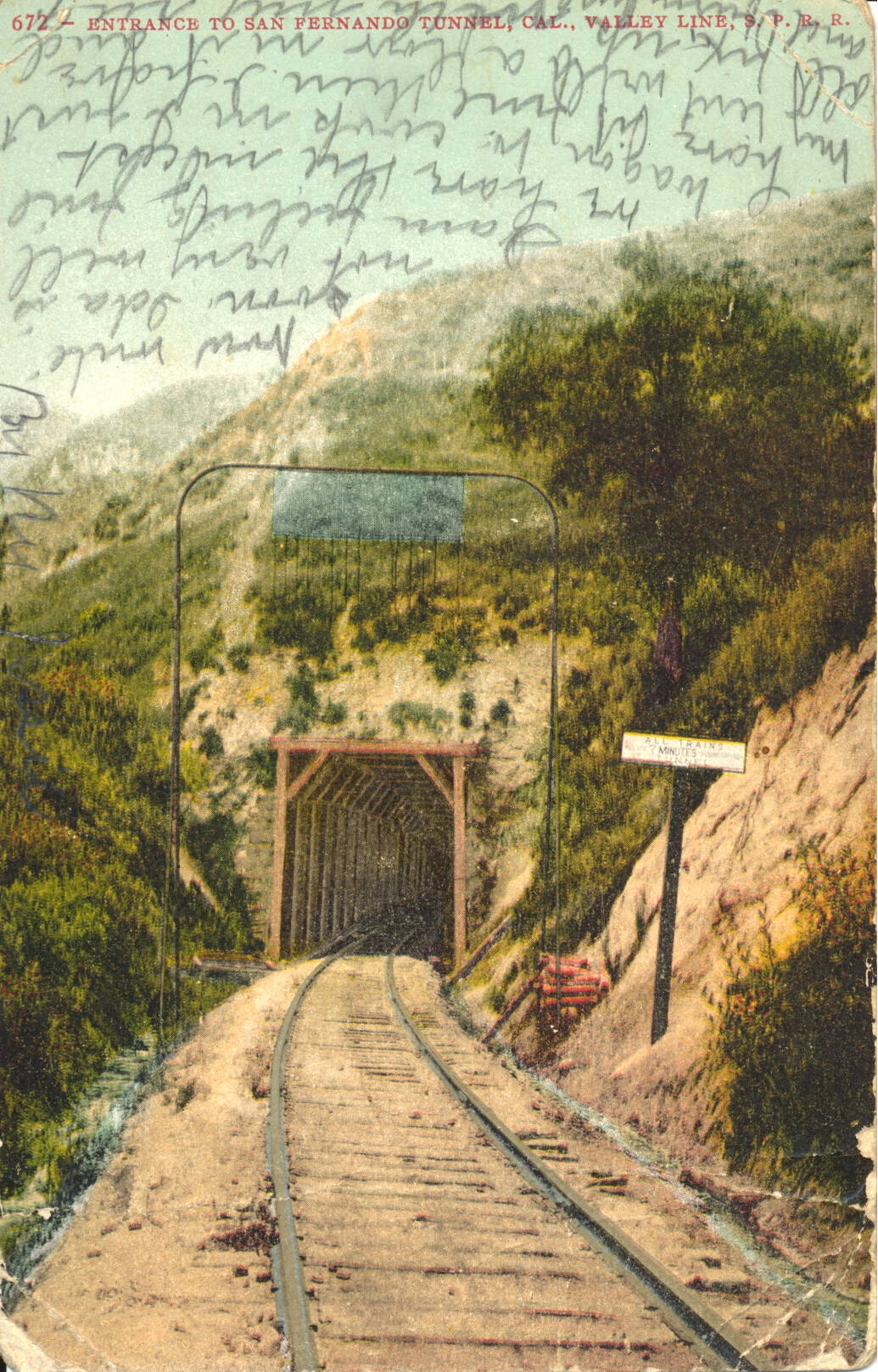 There is no description on the back of this card. The sky portion is obscured by the message from the sender, who continued writing here after nearly filling the back completely except for the address box.

The tunnel was originally constructed for the Southern Pacific Railroad, but is now owned by the Union Pacific after the merger. The red objects behind the sign are cut lumber for the locomotive to use as fuel. Another view of the same image, without colorization, is available here.

This image likely dates to the 1900s, and while used and postmarked 17 July, there is no year on the stamp.