This image is from another of the Clifton’s chain of cafeterias, this time the Pacific Seas, which was the original establishment started by Clifford Clinton. The statue is a life-sized depiction of Jesus of Nazareth as he prays in the Garden of Gethsemane, and the mural behind the statue continues the illusion. 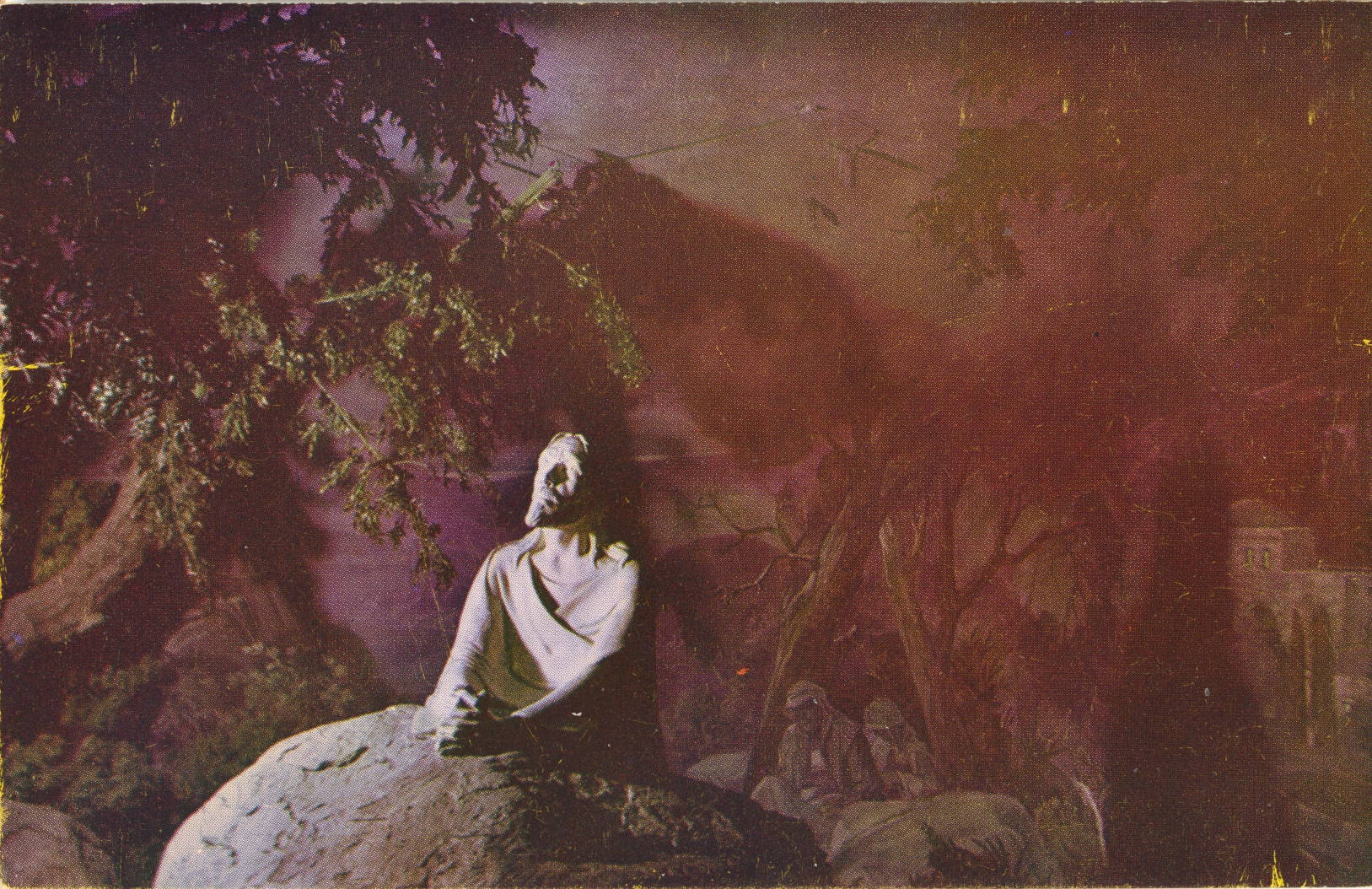 Figure of Jesus the Christ, in the “Garden for Meditation.” This spot is Mecca for half a million visitors annually.

“Food for the soul is important too.”

–The depiction was erected in 1949 and the building that housed is was demolished in 1960, so this image dates from the 1950s.