This image follows on the previous posting, showing more of the environs of the NBC Radio City Building, as seen looking down Hollywood Boulevard at the Sunset Avenue intersection. 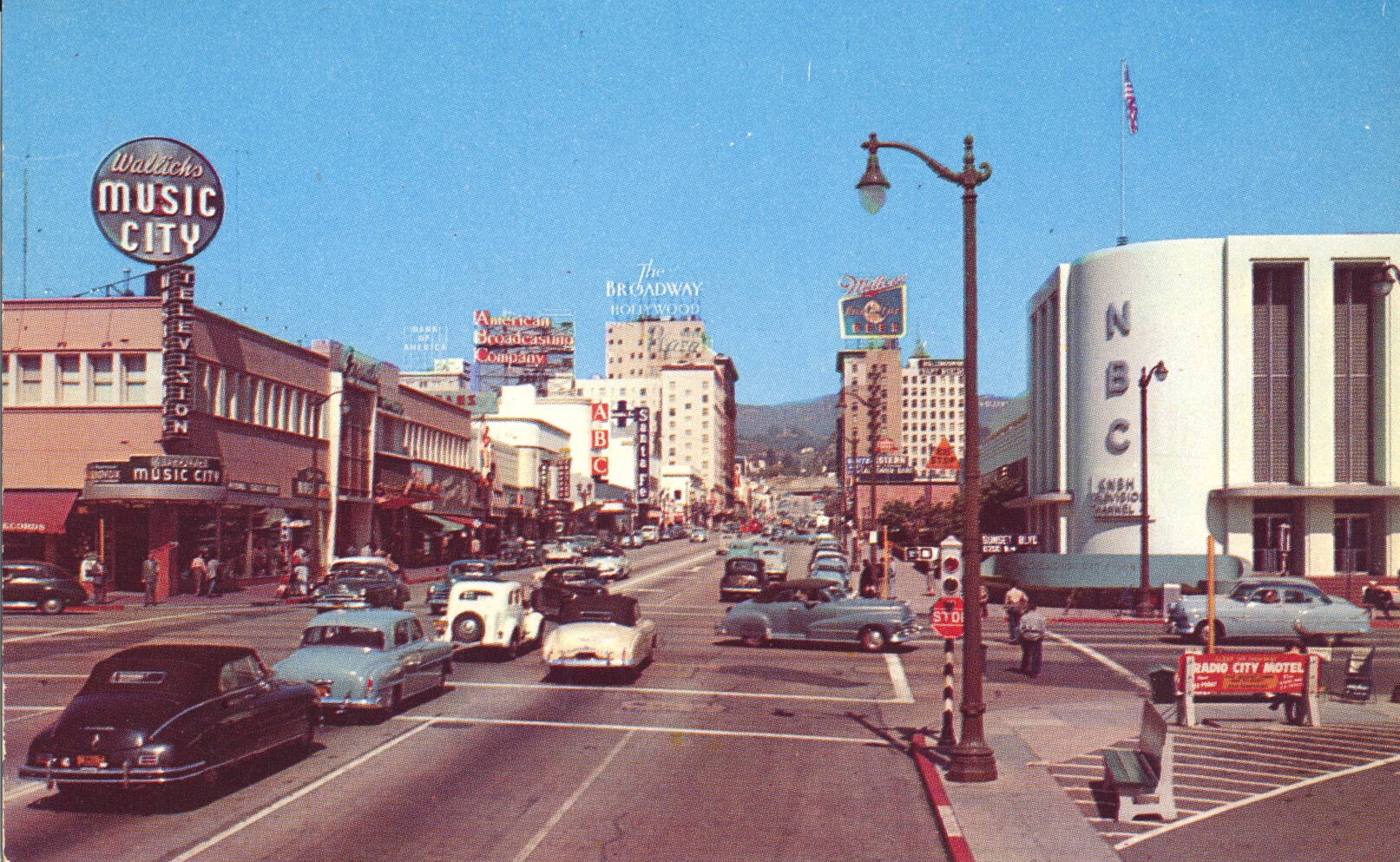 Where the Stars shine by night and by day. The Radio Center of Hollywood. Where the nation’s top radio and screen personalities perform their stints over the air lanes.

–This card emphasizes radio as it dates from the early 1950’s, when radio was still completely dominant. Television was growing rapidly, and would displace radio by the end of the decade.

The site of NBC Radio City is now occupied by a bank as shown here.