This image shows the massive structure of the Town House Hotel, built in 1929. Lafayette Park is visible on the right of the building. 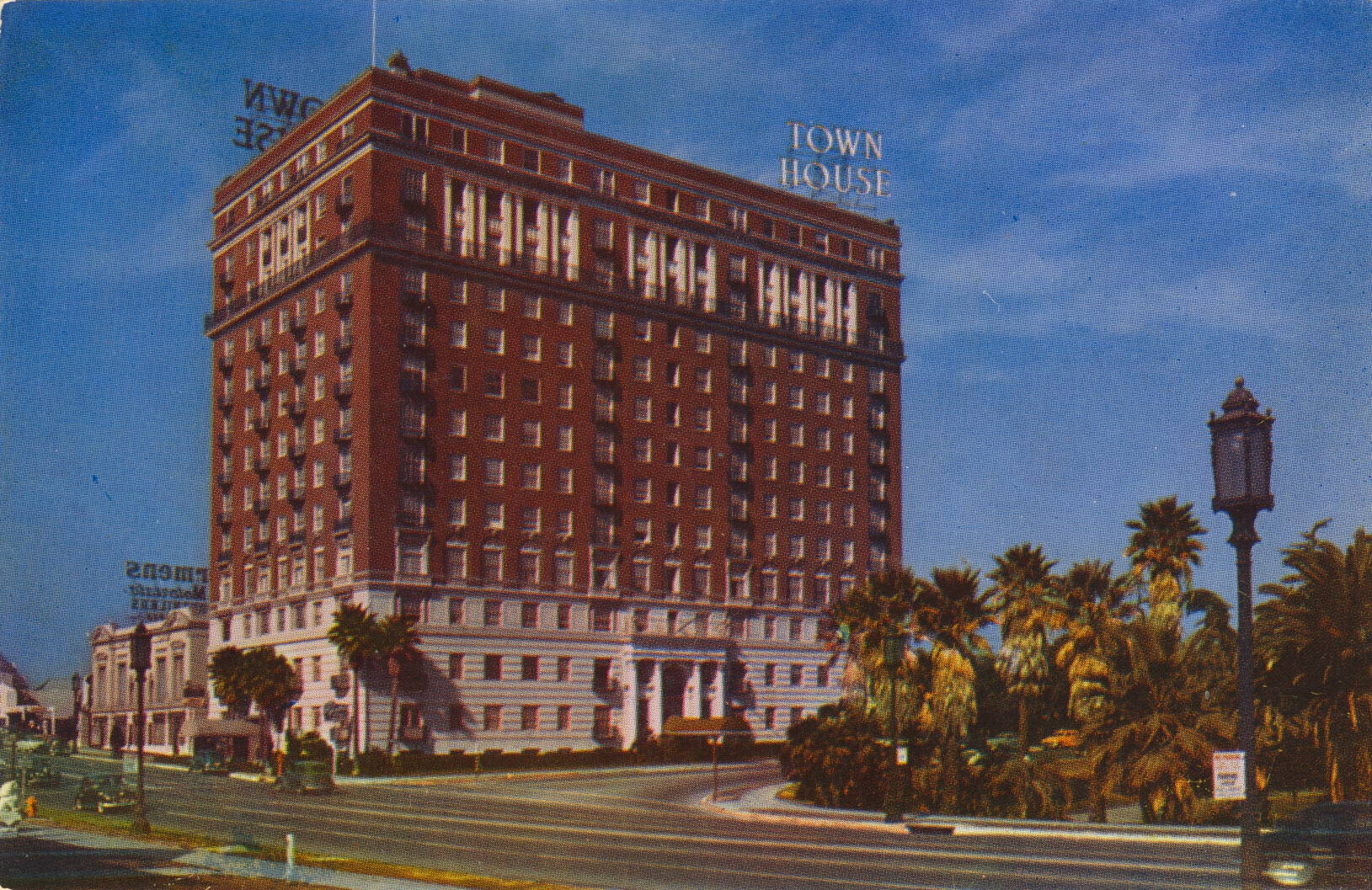 –The hotel was first purchased by Hilton, and then by Sheraton, and continued in use as the neighborhood declined until the 1992 Los Angeles riots, and it was closed in 1993. It has since been reopened as low-income housing.