This image shows a wagon and driver being pulled by a team (or yoke) of oxen, a method which was very common in the 19th Century, particularly for those who were traveling across the continent in search of new opportunities, or to cross the land mass to the west coast. 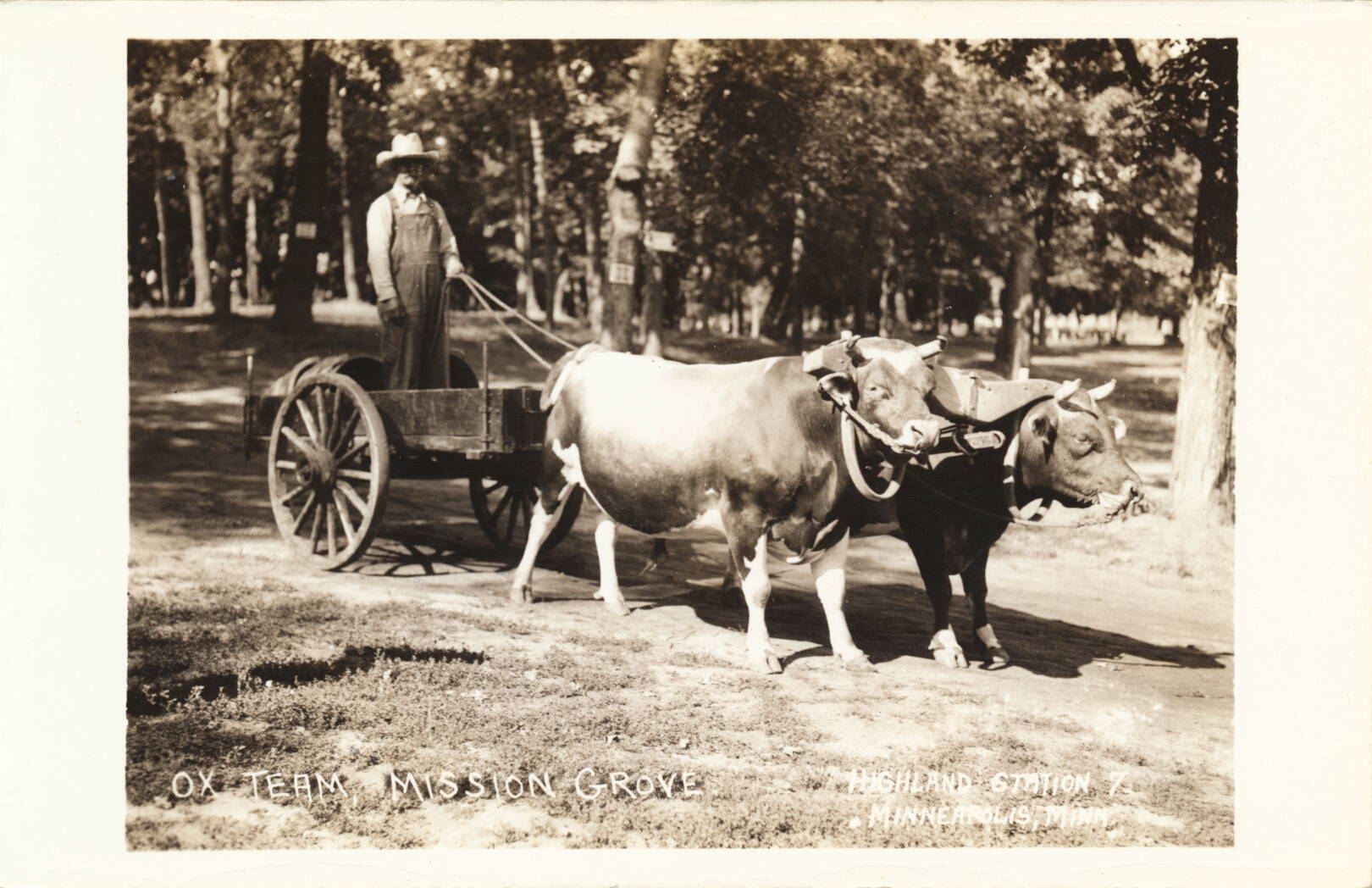 –It is not clear why this was considered a notable image for publication (or by extension, why the purchaser decided to acquire it). Such ox carts were well known and still evident in rural areas throughout the United States, though their use had declined with the wider availability of mule teams.

Also unknown is what the distinction was between Mission Grove and Mission Farms. It is assumed that the grove referred particularly to the tree-lined area of the settlement and the buildings associated with it, and the farm was the actual working farm where residents would spend their time providing for their upkeep.