This image shows the historic landmark called the Portland Head Light, which illuminates the southern edge of Casco Bay and the approach to Portland, Maine. The lighthouse was completed in 1790 and the light first lit in 1791. 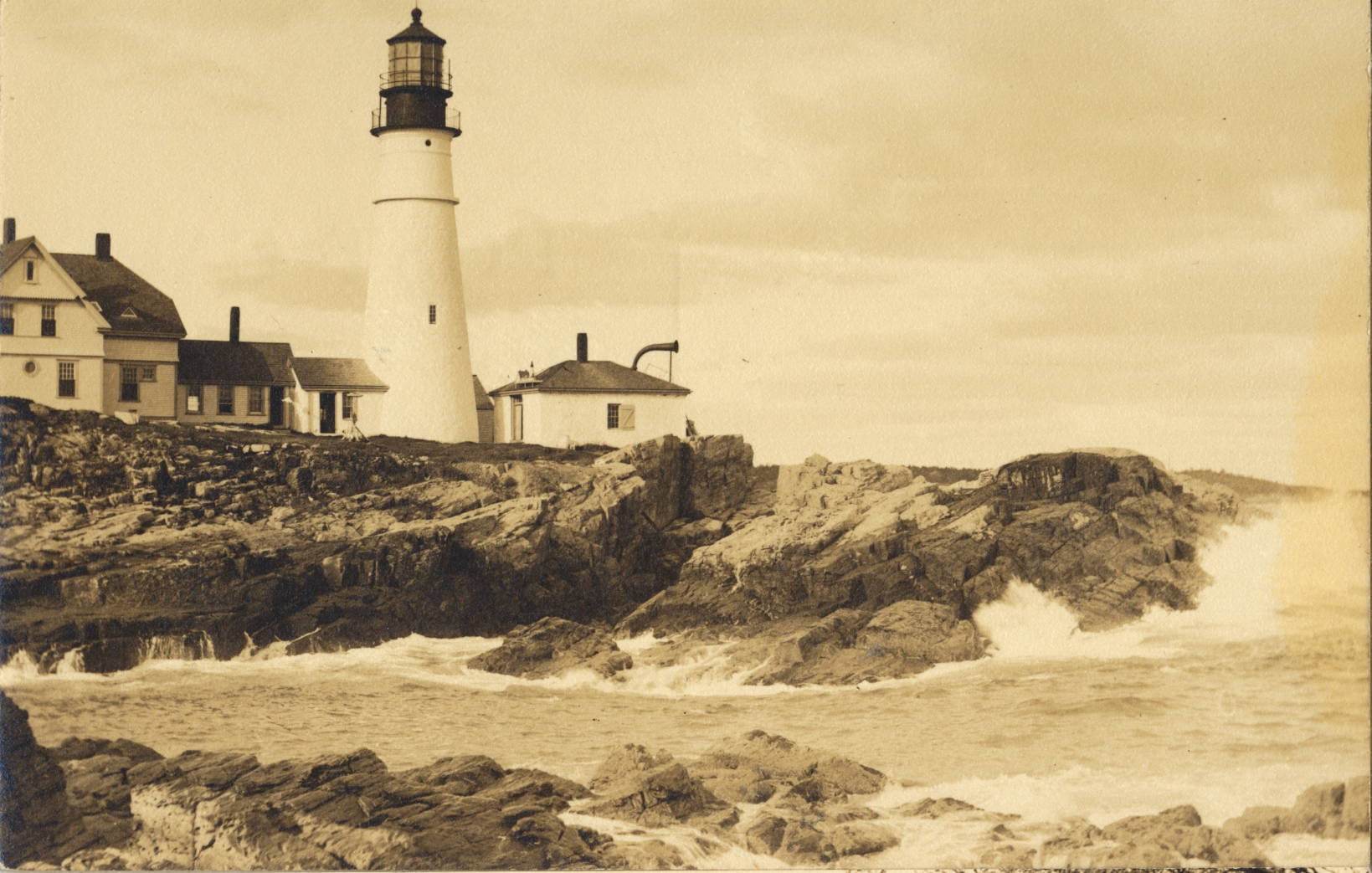 –The land and associated outbuildings are in the city limits and owned by the city of Cape Elizabeth, while the lighthouse and keeper’s house are owned and operated by the U.S. Coast Guard.