This is an image of the bulk freight hauling ship named the Cason J. Callaway, a one-time President of United States Steel. 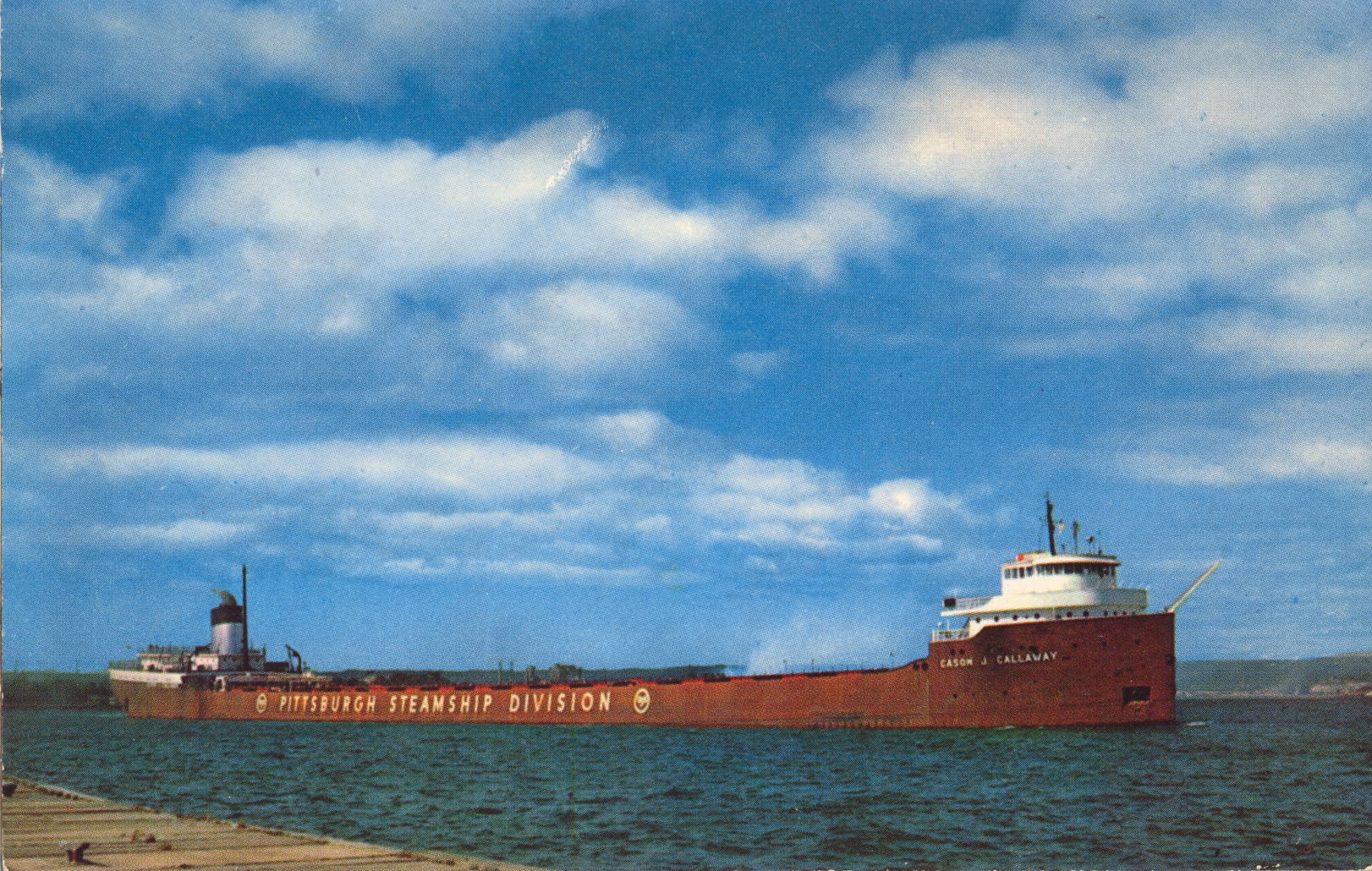 Downbound from the Soo Locks, the Callaway, 674 feet long, was launched on March 22, 1952. Named in honor of the President of United States Steel Corp., the ship has a cargo capacity of 19,720 long tons. It was built at the River Rouge Yards of the Great Lakes Engineering Works.

–This was one of several similar ships constructed for freight transport on the Great Lakes.