This is another example of a Michigan car ferry, in this case the Emerald Isle, which operated between Charlevoix and St. James. 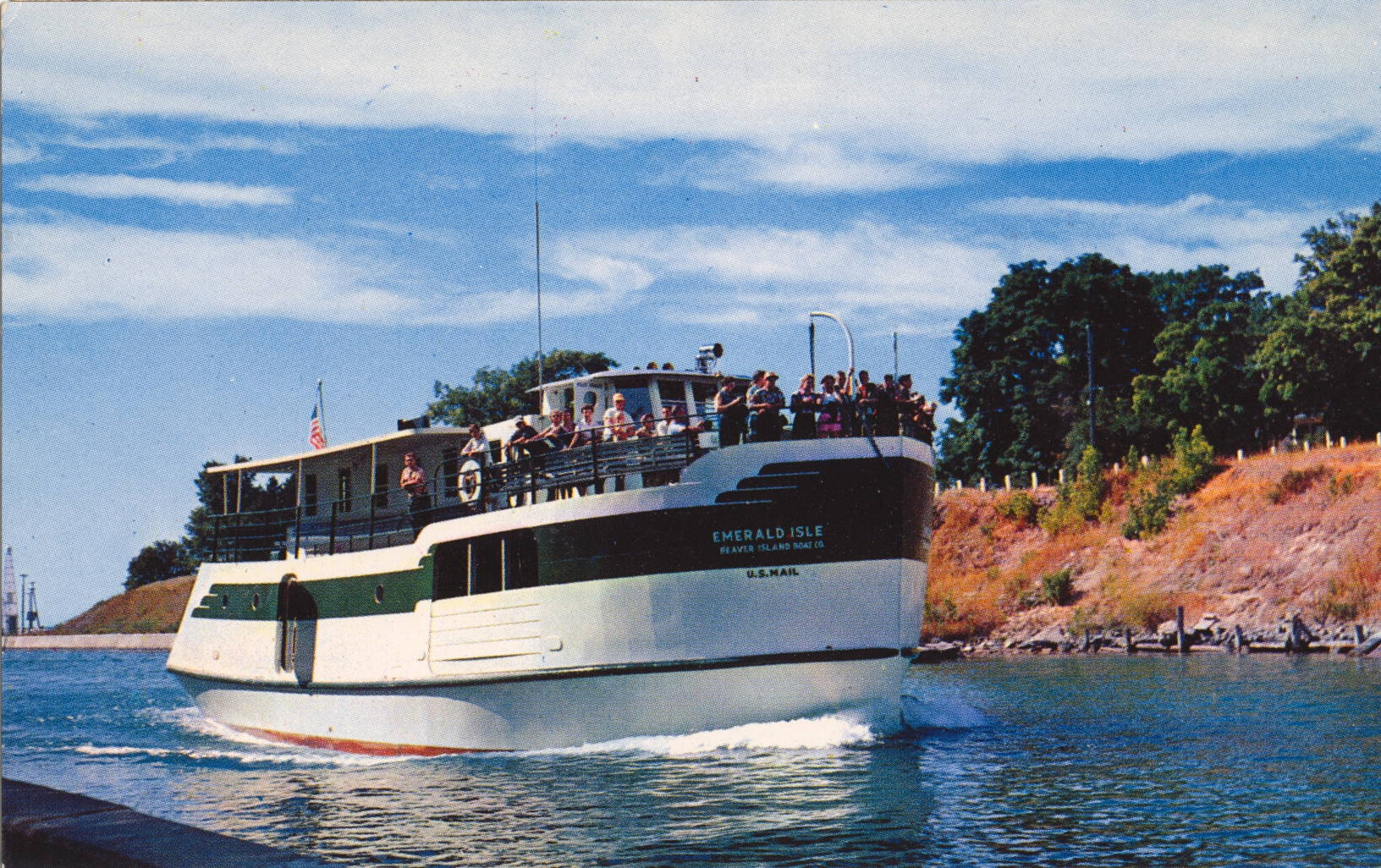 Passenger and Car Ferry, with daily cruises between Charlevoix and St. James, Michigan. Located on Historic Beaver Island, known as America’s Emerald Isle, St. James lies at the Northeastern tip of the Island, 32 miles north of Charlevoix. At one time Beaver Island was ruled by King Strang, the only Monarch ever crowned in the United States.

—“King” James Strang was a Mormon church leader who established a community on Beaver Island in the 1850s, ending in his murder.

Since the ferry is noted as being new, this indicates the picture dates from the 1950s.