This image shows a small ceremony for the dead as performed by Ojibway Indians in the Upper Peninsula of Michigan. The more common Westernized form of the tribal name is Chippewa. 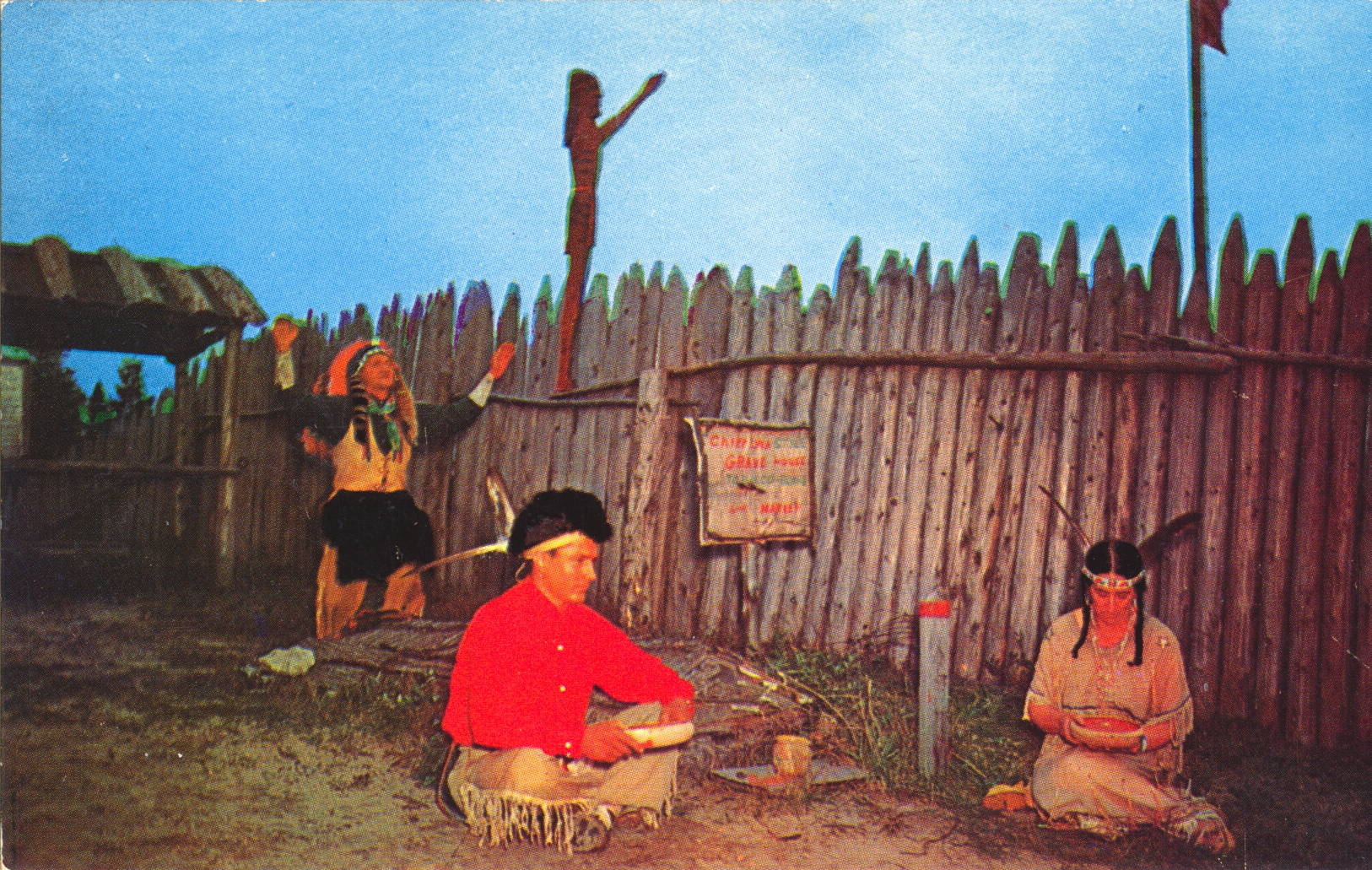 BURIAL HOUSE — FEAST OF THE DEAD

— As noted here, Chief White Wolf was a woodcarver named Ralph McCarry of European descent who invited the local Ojibway people to contribute to the re-enactments. The Totem Village was established in the 1950s still exists as a museum after his untimely death at 56 in 1962.