This image shows visitors viewing the span of the Cut River Bridge in the Upper Peninsula of Michigan, using a viewing area constructed along with the bridge, as seen by the tunnel under the bridge abutment. 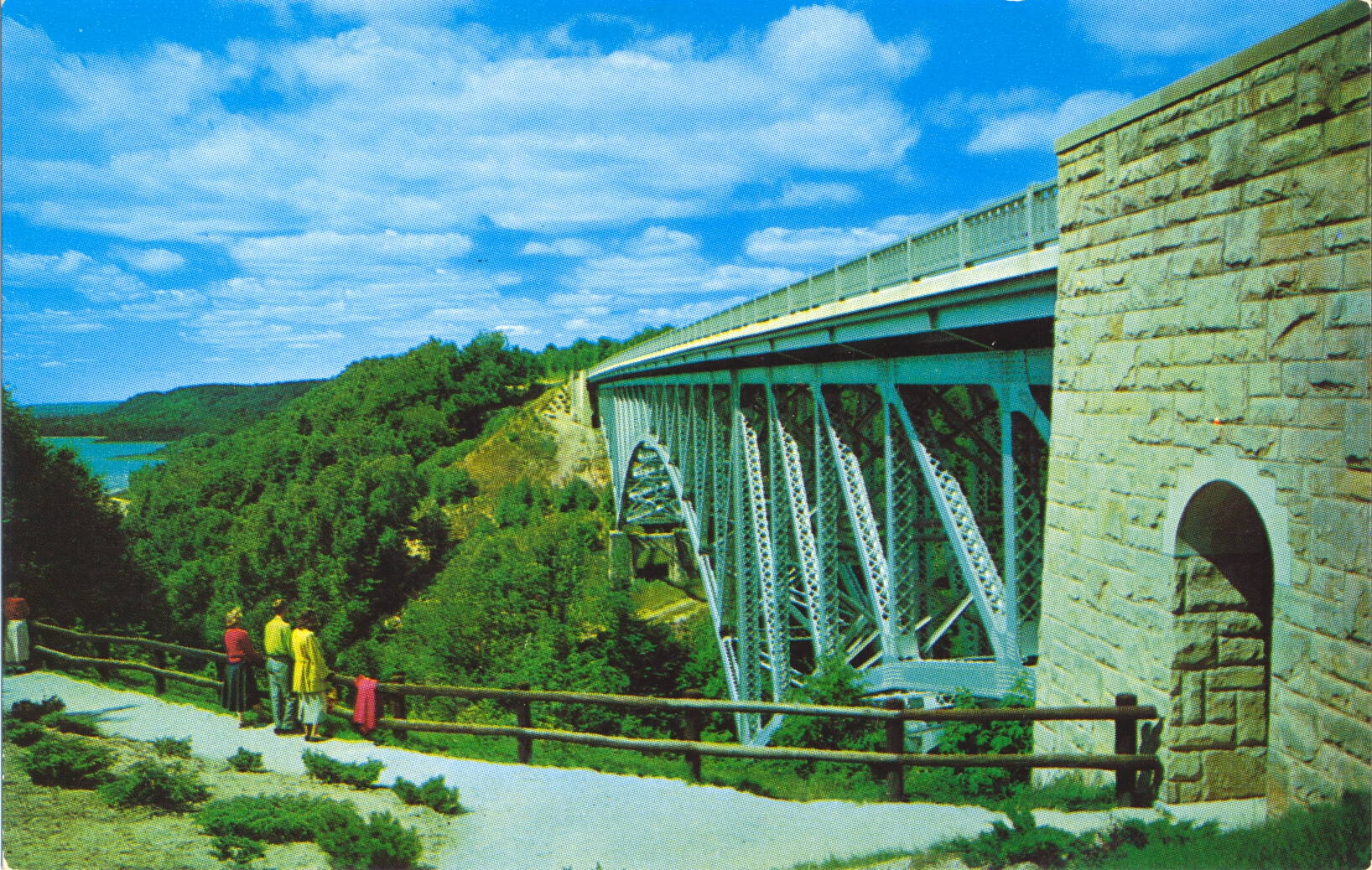 –Construction was begun in 1941, but was halted during World War 2 because of steel demands, so it took 5 years before being completed.