This image shows a typical Hereford cattle herd being grazed on the range in Nevada. 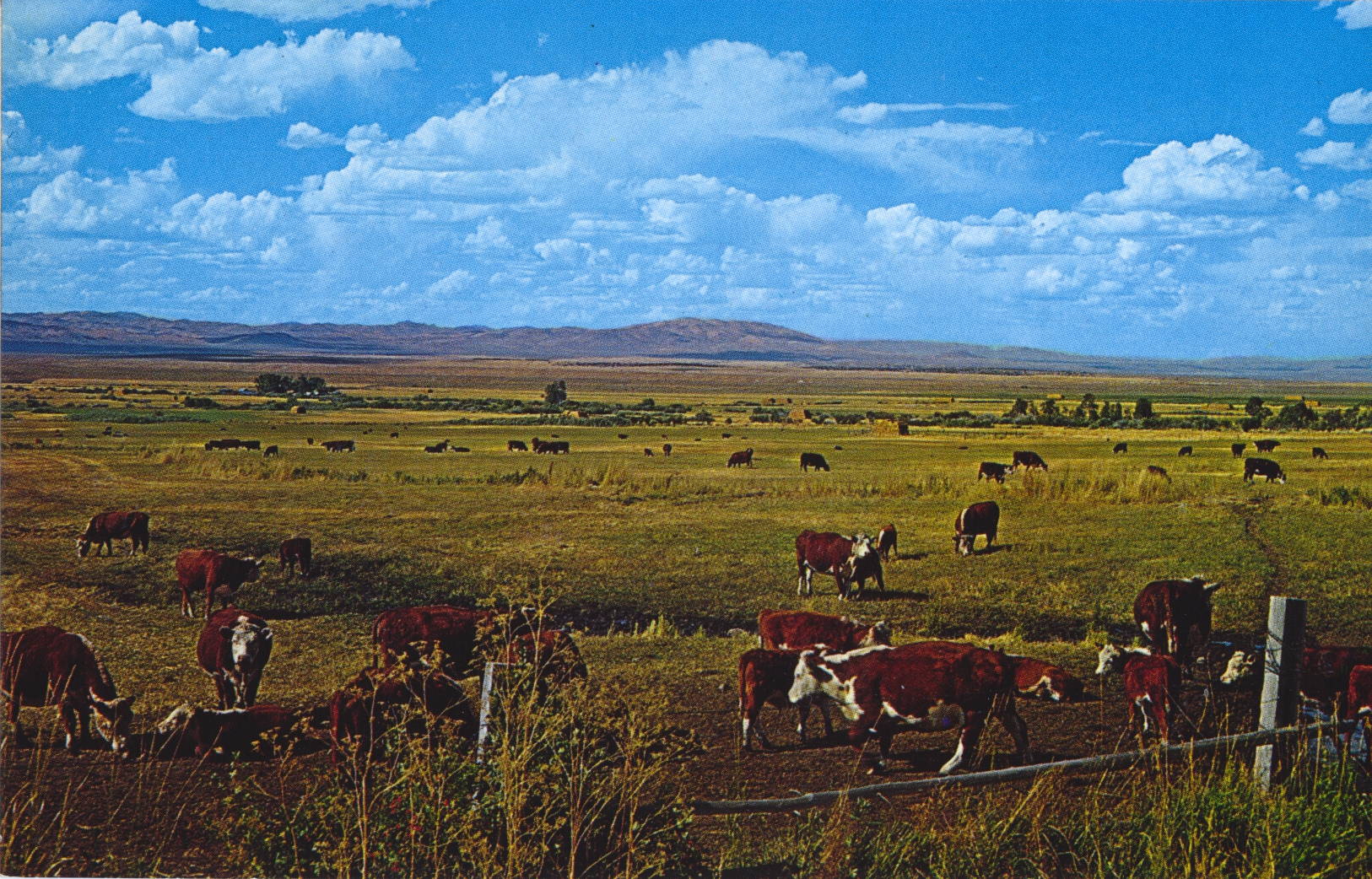 “THE OLD WEST IN MODERN SPLENDOR”

The rich fertile ranching land has made Nevada, one of the largest beef cattle producers in the United States.

–Most of the land used by cattle ranchers to graze their herds is publicly owned, and ranchers pay a fee to the federal government for access to the land.