This image shows a section of the old U. S. Highway 40 as it follows the route of the Humboldt River through central Nevada. This river drains much of the northern part of the state, but does not reach the ocean, ending in a lake at the western end. 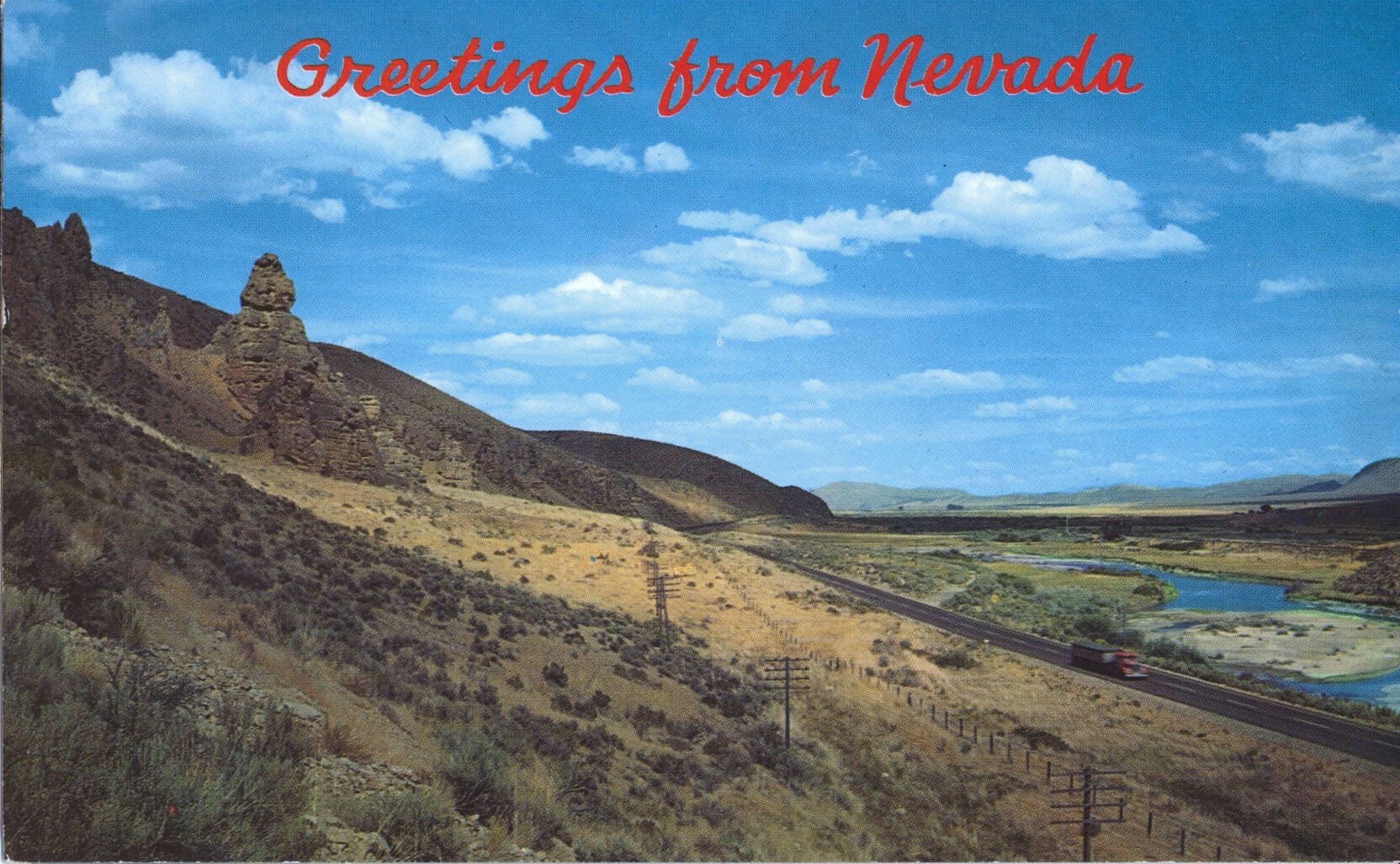 U.S. Highway 40 crossing Nevada presents ever-changing panoramas to the traveler. This view shows U. S. Highway 40 following along the banks of the lazy Humboldt River.

–The river is described as ‘lazy’ as its flow is very shallow and slow as it moves westward across Nevada.