This image shows a portion of U.S. Highway 40 as it follows the course of the Humboldt River near Elko, Nevada. 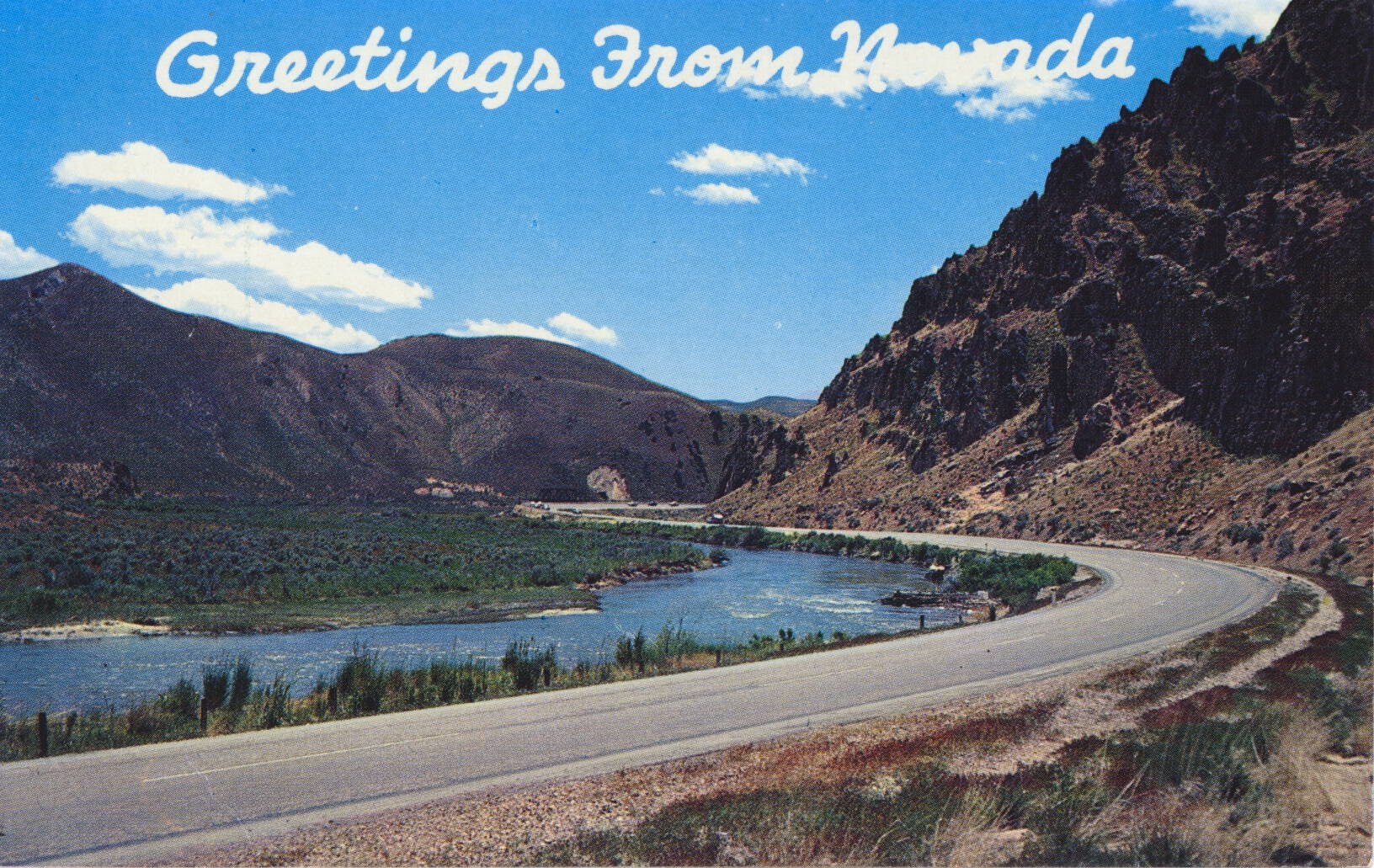 U. S. HIghway 40 crossing Nevada presents ever changing panoramas to the traveler. This view shows U. S. Highway 40 following along the bands of the lazy Humboldt River between Elko and Winnemucca, Nevada.

–Because it is the only watered route through the central Great Basin, it served as the trail route for emigrants heading to California and the west coast, railroad lines and highways in turn.