This image shows a train headed by a steam locomotive of the era as it waits at the Hanging Bridge, where it was common to stop for several minutes to allow passengers to view the canyon. 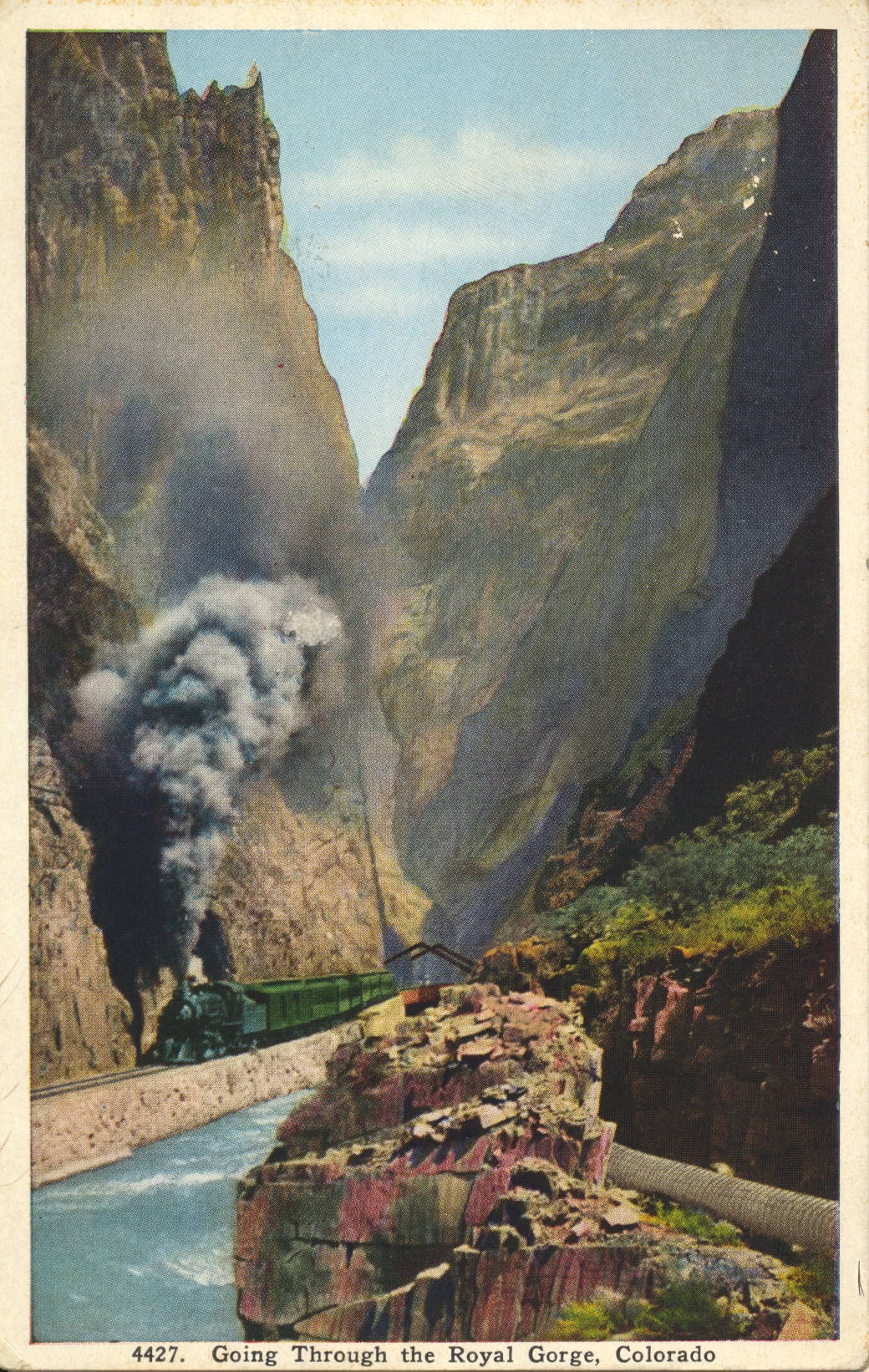 –Again here, the fanciful colors of the rocks and foliage are the result of manual colorization of the original black and white photograph. This image likely dates from the 1930s.