This image shows a steam locomotive as the train it is pulling crosses the Hanging Bridge in Royal Gorge, Colorado. 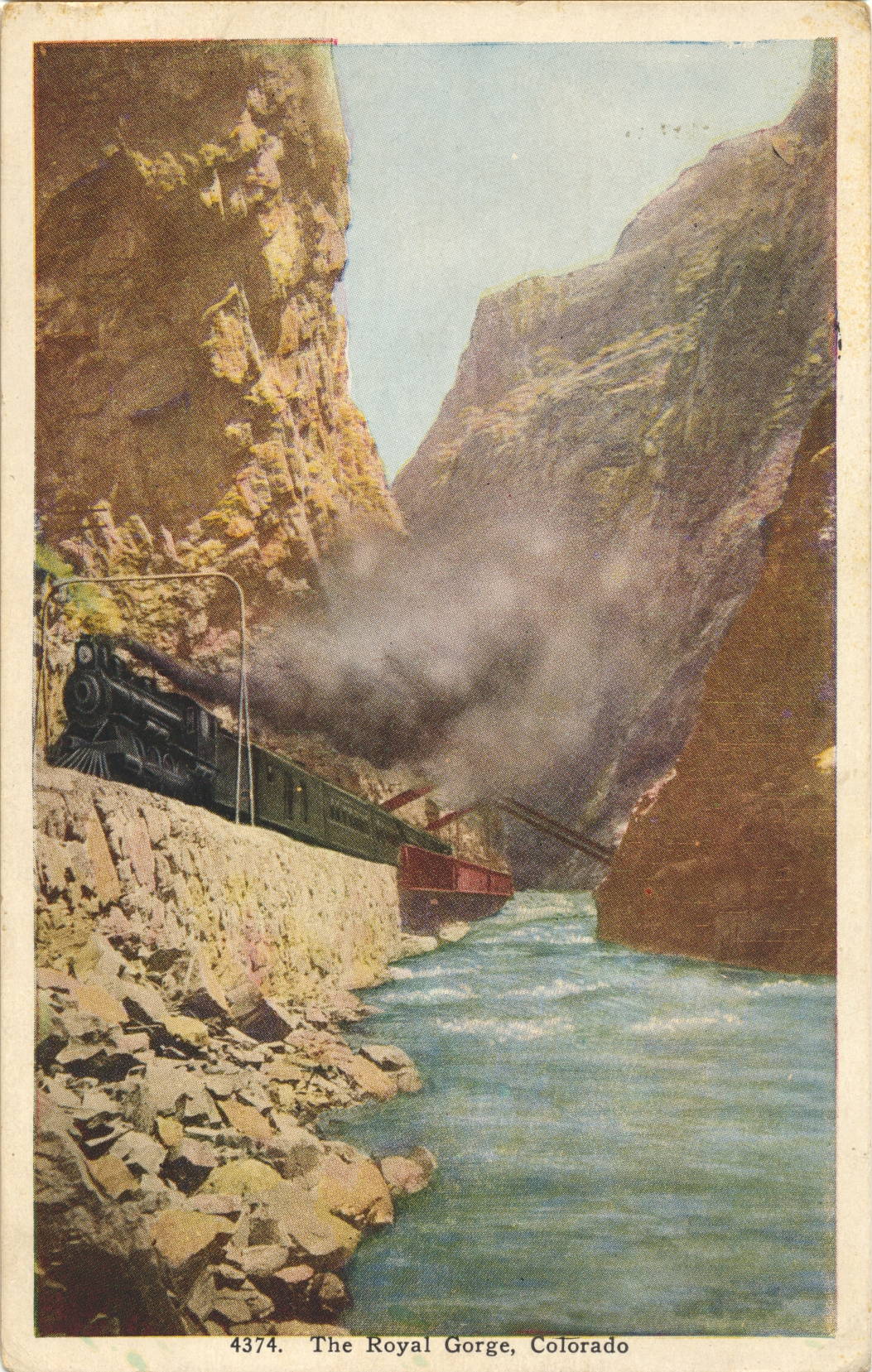 –By comparing this image with the previous posting, it is clear that these postcards are colorized, as the colors do not match. This image likely dates from the 1930s.