This image shows the most popular train stop on the original line into Royal Gorge, at the site of the Hanging Brige. Passengers can be seen on the observation platform of the last car and on the tracks. 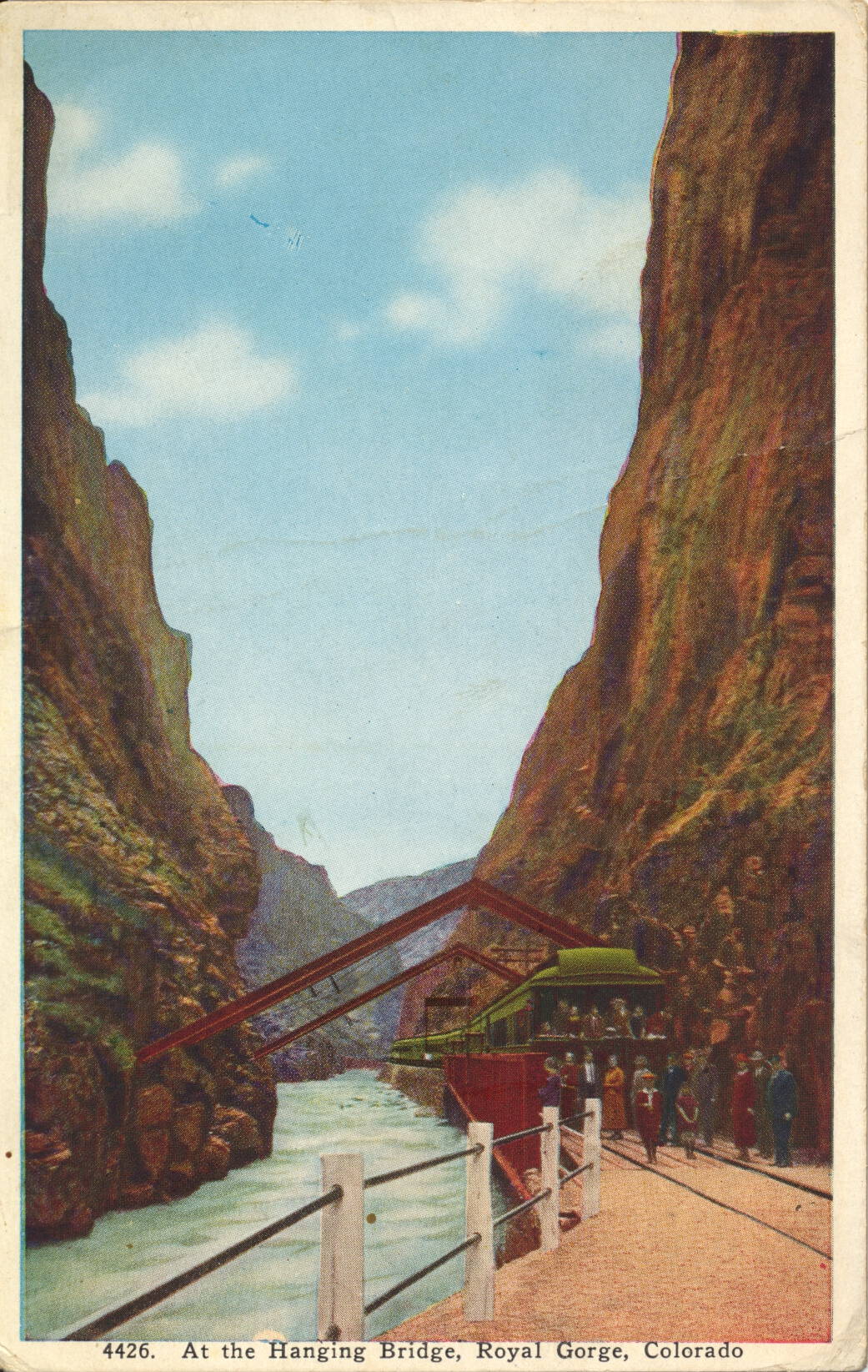 AT THE HANGING BRIDGE IN THE ROYAL GORGE

The Grand Canyon of the Arkansas, Colorado, is nearly ten miles long, extending from near Canyon City to Parkdale. About midway is the Royal Gorge, the deepest and narrowest part of the canyon. At this point, where the walls are only 30 feet apart, the constructing engineers were obliged to build a bridge parallel with the river to provide space for the roadbed. All daylight trains through the Royal Gorge now stop ten minutes at the Hanging Bridge.

–As can be seen, the Hanging Bridge is so named because there was no room for the rail bed at this point, and a normal bridge across the narrows was impractical because of the lack of room. Thus, a section of rail bed was built suspended from above, with the support members embedded into the canyon walls on either side.

This card likely dates from the 1930s, based on the clothing worn in the image.